GLOBAL PREVIEW: Can 'The Wolverine' Help the X-Men Become the Next Billion Dollar Franchise? 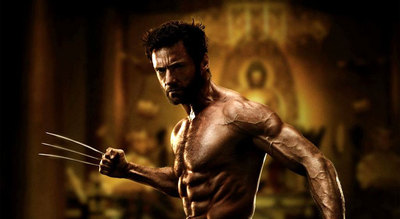 The Wolverine is the only film premiering on a wide global scale this weekend, finding a rare window in this summer's otherwise packed release calendar. Expectations are high for Hugh Jackman's sixth big-screen appearance as the clawed crime-fighter, returning to the title role after a star-making turn in the original X-Men trilogy, the X-Men Origins spin-off, and a cameo in X-Men: First Class.

Marvel's The Avengers redefined the box office potential of superhero ensemble films, proving that studios can develop a billion-dollar global hit by fostering an audience throughout a series of films. The X-Men franchise is the ideal platform for Fox to replicate the inter-locking storylines built around the success of The Avengers. Fox realized it had gone down the wrong path with X-Men after two critically panned entries, X-Men: The Last Stand and X-Men Origins - Wolverine, devalued the brand and introduced a decline in global grosses for the franchise.

The property is too valuable to leave alone. The Wolverine looks to revitalize the series and serve as the link between the franchise's First Class installment and the continuity established by the original trilogy ahead of next year's X-Men: Days of Future Past.

Here's a look at the global totals of the X-Men franchise:

X-Men: Days of Future Past, is already in production and looking at an upcoming 2014 release. The Wolverine will therefore set the stage for the ensemble picture that will unite fan favorites like Patrick Stewart and Ian McKellen with the exciting young First Class cast led by Michael Fassbender, James McAvoy, and Jennifer Lawrence. Even if The Wolverine fails to rebound the X-Men franchise, its effect shouldn't be directly associated with what is essentially a different product for 2014's Days of Future Past. The Wolverine is not the billion-dollar designated hitter for Fox. Strategically, The Wolverine will be a success as long as it can pass the $500 million global mark, a feat no other X-Men picture has accomplished, and put the franchise in scoring position when Days of Future Past comes up to the plate in 2014.

It's been a solid summer for superheroes at the overseas box office. Iron Man 3 is the top film of the year after grossing over $800 million overseas and $1.2 billion worldwide. Superman finally connected with audience after a multi-decade/generation dry streak. Man of Steel has taken in $350 million overseas and currently boasts a $635 million global total.

The Wolverine will have no excuse if it can't connect with audiences around the world. Hugh Jackman is as recognizable in the title role as Robert Downey Jr. is in the Iron Man franchise, with both actors headlining their respective franchises for over three films. We must also consider this weekend's empty release window in a global market where a superhero film hasn't premiered since June's Man of Steel. The stage is set for The Wolverine to be one of the global success stories of 2013, but are audiences ready to return to a franchise that has posted diminishing returns since 2009?