AUSTRALIA: 'Wolverine' Opens Big as 'The Heat' and 'The Conjuring' Post Strong Holds 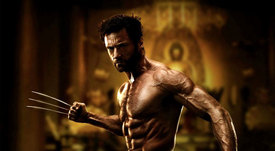 The Heat broke the $10 million mark in Australia with a solid $1.6 million hold in its third week. Australia continues to be The Heat's biggest overseas market. The Conjuring scared up the weekend's highest per-screen average with at $10,681 and a $1.4 million weekend after a terrific hold that saw its grosses drop 9%. The Conjuring $3.7 million has earned in its Australian theatrical run. 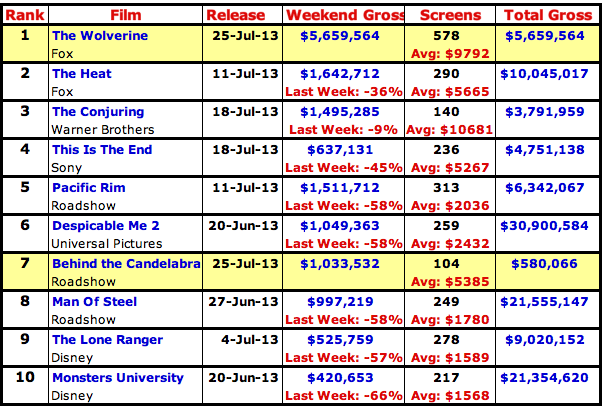 Tags: Australia, The Wolverine, The Conjuring, The Heat