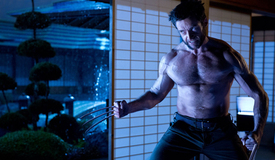 The fifth time is the charm for Hugh Jackman in Brazil. The Wolverine opened to an impressive $5.5 million over the weekend, a notable improvement over Jackman’s previous solo venture in the superhero franchise, X-Men Origins: Wolverine, which previously held the record as the highest opening forthe clawed superhero with a $3.4 million debut.

Despicable Me 2 reached a major milestone in Brazil by hitting the $30 million mark after a $2.4 million weekend in its fourth frame. Man of Steel has grossed nearly half that figure over three weeks and is currently posting a $14.5 million total.

Turbo fell flat during its second week, grossing under $1 million over the weekend to crawl to a $4.2 million cume. The Lone Ranger is keeping Turbo company with box office woes of its own; the Johnny Depp/Armie Hammer Western has only taken in $3.9 million after three weeks in release and fell a whopping 73% from its previous weekend to occupy a position near the bottom of the chart. 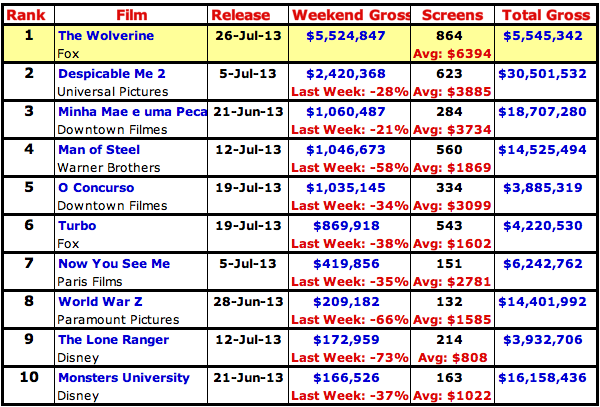 Tags: Man of Steel, The Wolverine, The Lone Ranger, Turbo