RUSSIA: A $10M Start for 'The Wolverine' 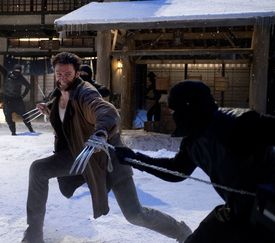 The Wolverine posted a great start in Russia, bringing in $10.8 million over its opening weekend to lead a market that saw four new releases break into the top ten.

While Hugh Jackman’s clawed superhero walked away with the weekend’s biggest total, the low-budget thriller The Conjuring was able to squeeze more people into theaters with a $5,323 average across 604 locations. This led to a fantastic result for The Conjuring, which overcame stiff competition from the 2,044 sites playing The Wolverine to finish the weekend in second place with a $3.2 million debut.

R.I.P.D. tumbled 65% in its third frame to close out the weekend with a $2.1 million take. The film starring Ryan Reynolds has found new life in Russia, where it has already reached a successful $10.8 million total. Reynolds also stars in Turbo, another feature finding success in Russia after struggling at the North American box office. Turbo earned $2.1 million over its third weekend in release and reached a healthy $11.8 million cume in the market. Pacific Rim joins the list of Russian hits from North American flops, celebrating its fourth weekend with a $1 million gross. Pacific Rim is on the verge of a major milestone with a $19.5 million total in Russia. 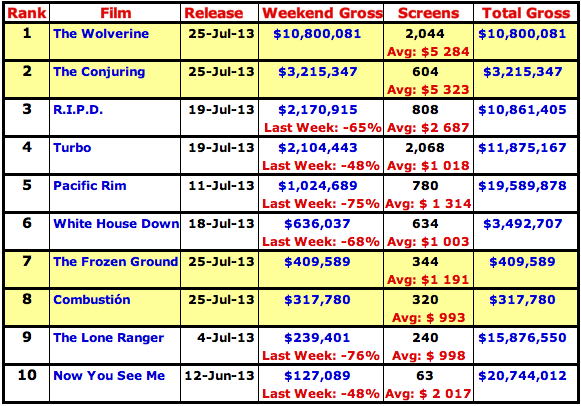