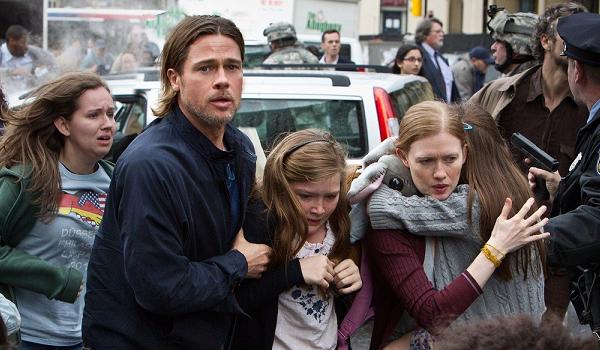 The official release from Paramount:

After setting a personal best with a $66 million opening on June 21, "WORLD WAR Z" has gone on to total $197.4 million in the U.S. The film delivered Pitt's highest grossing domestic release of all time (besting "MR. & MRS. SMITH's" total domestic gross of $186.3 million), and the biggest opening weekend of his career (beating "SMITH's" $50.3 million opener). The film has earned $305.2 million at the international box office, to date.

"WORLD WAR Z" revolves around an ex-United Nations investigator Gerry Lane (Brad Pitt), who traverses the world in a race against time to stop a pandemic that is toppling armies and governments and threatening to decimate humanity itself. The film stars Pitt, Mireille Enos and James Badge Dale.