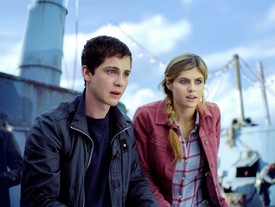 Percy Jackson: Sea of Monsters opened in first place in Mexico, gorssing $2.6 million from 1,288 screens. The Percy Jackson sequel presented an improvement over the original's $1.6 million debut in 2010.

Mexico is a friendly market for family films and animated releases have fared well throughout the summer. The Smurfs 2 scored a $1.9 million hold from its second weekend in a market-leading 1,533 screens. The Smurfs sequel has grossed a total of $8.3 million in Mexico. Turbo might be struggling worldwide, but it has already earned a respectable $9.7 million in Mexico. Despicable Me 2 continues to be a success story in Mexico after reaching a $46.6 million cume in its fifth weekend.

Pain and Gain underwhelmed in its debut, opening in sixth place after grossing slightly over $500k across 294 screens. The Big Wedding also saw a limited debut in Mexico but walked away with a competitive $2,158 average across 203 locations. 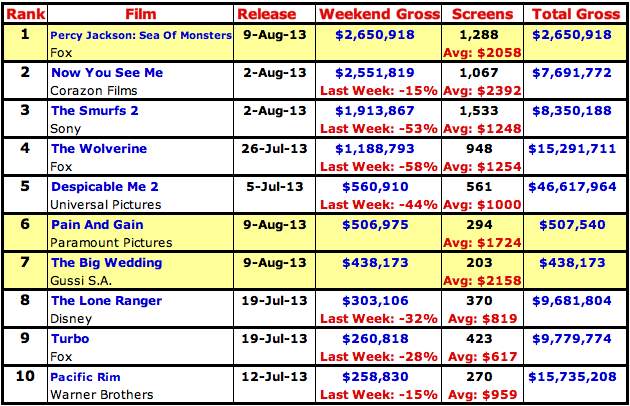