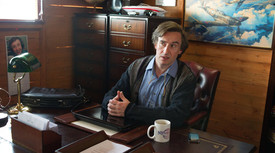 A strong weekend at the U.K. box office saw each film in the top ten gross above $1 million. Alan Partridge: The Movie narrowly defeated Percy Jackson: Sea of Monsters for the top spot after both films opened their theatrical run with a $3.3 million take. The Percy Jackson sequel outperformed its predecessor's debut by $1 million.

Grown Ups 2 finished in third place after a $2.5 million U.K. debut. It's a disappointing bow for Adam Sandler & co., considering the original Grown Ups posted a $3.1 million opening en route to a $12 million performance in the United Kingdom.

The Lone Ranger was the weekend's only new release to fall outside of the top three despite playing in over 500 locations. The Johnny Depp Western fizzled with a $2 million opening weekend and a lackluster $4,008 per-screen-average. 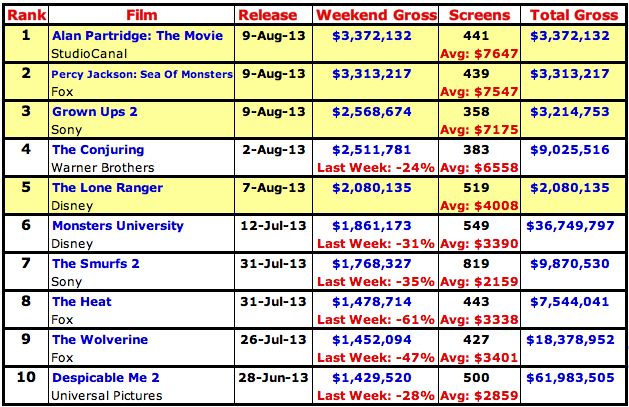