GLOBAL: 'Despicable Me 2' On Track to Become the Second Biggest Film of 2013; 'Pacific Rim' Posts Higher Numbers in China than in North America 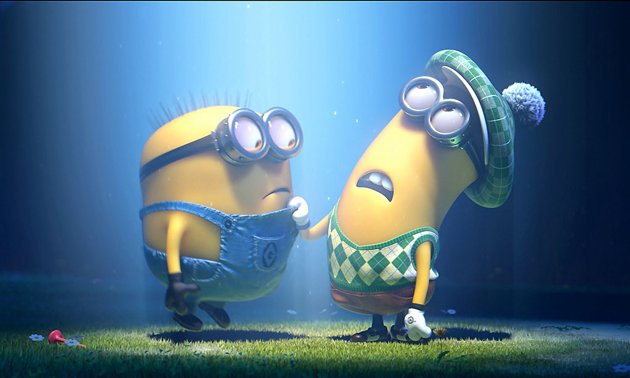 Despicable Me 2 will overtake Fast & Furious 6 at the global box office, a feat that could come as early as next weekend. Fast 6 and Despicable Me 2 only trail Iron Man 3 as the year's most successful films at the global box office. The two films have been a major part in Universal's record-breaking year, helping the studio post the biggest overseas numbers in their history.

The Minions are not far behind. Universal's animated sequel reached a $435.2 million total over the weekend and is in striking distance of Fast 6's worldwide cume with a $781.2 million global total. Unlike Fast 6, Despicable Me 2 will have to finish its overseas run without a release in China.

Despicable Me 2 opened in Russia on Friday with $12.2 million, the second biggest opening for a Universal release in the market behind Fast 6. The strong Russian performance is four times higher than the original film's opening and is 2013's biggest animated debut in the market. Despicable Me 2 will open in 9 more territories over the next few months, including South Korea (September 12), Japan (September 21) and Italy (October 10). A worldwide cume above $800 million is only a matter of time for the Minions.

Monsters University is also part of the conversation among the year's top grossing global releases. The Pixar prequel has earned $397.5 million overseas and is currently reporting a $658.6 million worldwide total. The film is posting blockbuster numbers in Japan, where it has already grossed $78.6 million. The United Kingdom is the second biggest territory for the animated release with $40.2 million. Monsters University will open in Italy and China next weekend, and will have its last major market debut in South Korea on September 12.

Disney's Planes won't be able to replicate the same success as its latest Pixar venture. Planes posted a $2.9 million opening in the U.K. and a $2.4 million debut in Spain over the weekend. The DisneyToon production has earned a total of $7.3 million from 9 overseas territories. The film's global total is a modest $20.4 million. Planes opens in Greece, Croatia, Slovakia, Czech Republic, Ukraine, Turkey, Philippines, Hong Kong and India next weekend. Planes will have to bring in a better performance across the board in order to make potential sequels more viable for the studio.

Any hopes from Disney for a new franchise in The Lone Ranger were extinguished with a lackluster response from critics and audiences alike. The Lone Ranger is one of the year's biggest disappointments after grossing $130.1 million overseas and reporting a $217.8 million global cume. The top markets for The Lone Ranger are Russia ($15.9M), Japan ($15.8M), Mexico ($10M), and Australia ($9.6M). The film has been a bigger flop in the U.K. than in North America; The Lone Ranger opened in fifth place in the United Kingdom last weekend and is reporting a $5.3 million total after two weeks in release.

Pacific Rim has now grossed more in China than in North America. Guillermo del Toro's high concept blockbuster didn't connect with audiences in the U.S. & Canada, where it has only grossed $98.4 million over six weeks. China has single-handedly lifted the global box office figures for the sci-fi film, contributing $100.1 million to its $286 million overseas cume. The global box office total for Pacific Rim is $384.4 million. The other top overseas markets aren't anywhere near the Chinese total; Pacific Rim has grossed $20.5 million in Russia, $18 million in South Korea, $15.8 million in Mexico, and $12.5 million in the U.K.

World War Z is still raging around the globe. The zombie flick earned an additional $4.3 million from 2,306 screens in 43 markets over its 9th weekend, reaching a $319.3 million overseas cume. Japan is the weekend's top market with a $2.35 million hold from 342 locations, taking the Japanese total for World War Z to $12.4 million. World War Z has grossed over a half-billion dollars worldwide, currently posting a global cume of $517.6 million.

Paramount has to be happy about the film's overall performance at the box office, proving popular with audiences despite well publicized production problems that threatened to make the film one of 2013's most expensive flops. World War Z might not prove profitable for the studio, but it does come as a positive sign for potential sequels on a smaller budget. Low budget thrillers have impressed this summer season with films like The Purgeand The Conjuring get a high ROI for producers.

The Purge was reportedly made with a $3 million budget and has already grossed $83.6 million worldwide. The thriller starring Ethan Hawke has earned $19.2 million of that figure overseas, where it is currently in release in 14 territories with 15 more slated to open in the coming months. The Conjuring is an even bigger hit with a $193.1 million worldwide total after a reportedly being made with a $50 million budget. The top markets forThe Conjuring are the United Kingdom ($12.4M), Russia ($9.6M), Australia ($7.4M), and Spain ($6.9M). The Conjuring has grossed a total of $65.3 million from 20 overseas markets and has a number of more top markets on the horizon. If the studios are paying attention, smaller films like these could signal a new trend towards profitability rather than the current swing-to-the-fences high-risk/high-budget bets that have produced numerous flops this summer season.

Kick-Ass 2 isn't expected to put up blockbuster numbers in the global box office but a limited overseas release is coming up with interesting results. The sequel opened in 110 screens in Mexico, a small screen count in the market, and outperformed the original by 50% with a $250k debut. The United Kingdom is the best performing market for the sequel, where the film opened in second place with $4 million in 482 locations. Kick-Ass 2 has a $6.3 million overseas total from 17 territories and a $21.6 million global cume from its day-and-date roll-out.

We're the Millers began its overseas run with $10.6 million from 13 markets. The ensemble comedy scored a $6.8 million opening in Russia after factoring in a week's worth of preview screenings. The film opens in the United Kingdom next weekend, followed by key premieres in Germany (August 29), Mexico (September 6), Italy (September 12), France (September 18), Brazil (September 27), and Spain (October 11). We're the Millers will hope to have similar success to the strong numbers emanating from The Heat. Paul Feig's comedy starring Sandra Bullock and Melissa McCarthy has grossed $50.2 million from 18 overseas markets and is currently reporting a $205.6 million global cume.

Elysium expanded to 20 new territories and finished the weekend with a $37.7 million overseas total and $93.6 million global cume. The film opened in first place across a number of major markets, including France ($4.1M), Spain ($3.3M), and Australia ($3.2M), and Germany ($3.2M). Elysium opens in the United Kingdom next weekend.

Percy Jackson: Sea of Monsters finished first in 10 of its 36 markets this weekend. The adventure flick has now grossed an overseas total of $46.5 million. Brazil led the new markets with a $3.9 million opening, followed by France with $3.6 million, and Germany with $2.1 million. The Percy Jackson sequel will expand to 11 additional markets next weekend, including a potentially big pay-day in Russia. Percy Jackson: Sea of Monsters has grossed $75.4 million worldwide.

The Wolverine continues slashing its way through the overseas box office with a $216.4 million total. The superhero spin-off is only trailing the $225 million lifetime gross of X: Men The Last Stand to become the highest grossing entry in the X-Men franchise overseas. Top markets for the film include Russia ($21.7M), the U.K ($20M), and Brazil ($19.5M).

A $20 million push from the overseas box office helped The Smurfs 2 cross the $200 million global mark. The animated sequel is finding a hard time replicating the success of the original but has already reached the $150 million overseas mark. Audiences in North America, however, aren't as excited to see the Smurfs' second big screen adventure after contributing a mere $56.9 million to the film's total gross.