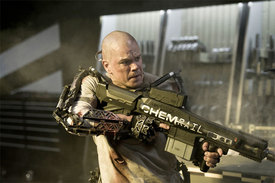 Elysium finished its German premiere at the top of the box office with a $3.1 million total. The sci-fi film starring Matt Damon played in nearly half as many screens as The Smurfs 2, the weekend's #2 film, and led the per-screen average in the territory with a $4,977 tally.

The Smurfs 2 is vying to overtake the $29.3 million gross of the original. The animated sequel has grossed $12.6 million after three weeks in release. Percy Jackson: Sea of Monsters fell shy of reaching the opening weekend of the franchise's previous installment with a $2.1 million bow. The original Percy Jackson film opened to $2.3 million in Germany in 2010.

The Lone Ranger fell 49% in its second frame for a $1.8 million tally. The troubled Disney release has grossed a total of $6.9 million in Germany. Despicable Me 2 is still putting up million dollar numbers after seven weeks in release. The Minions claimed a $1.1 million take to raise its German cume to $32.4 million. 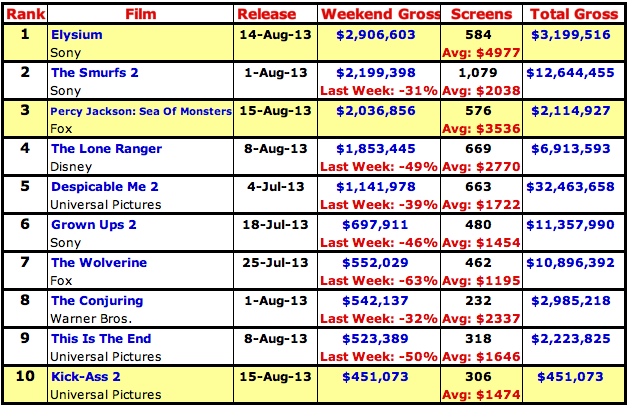