GLOBAL: The Minions Take Over the World with $805.8M 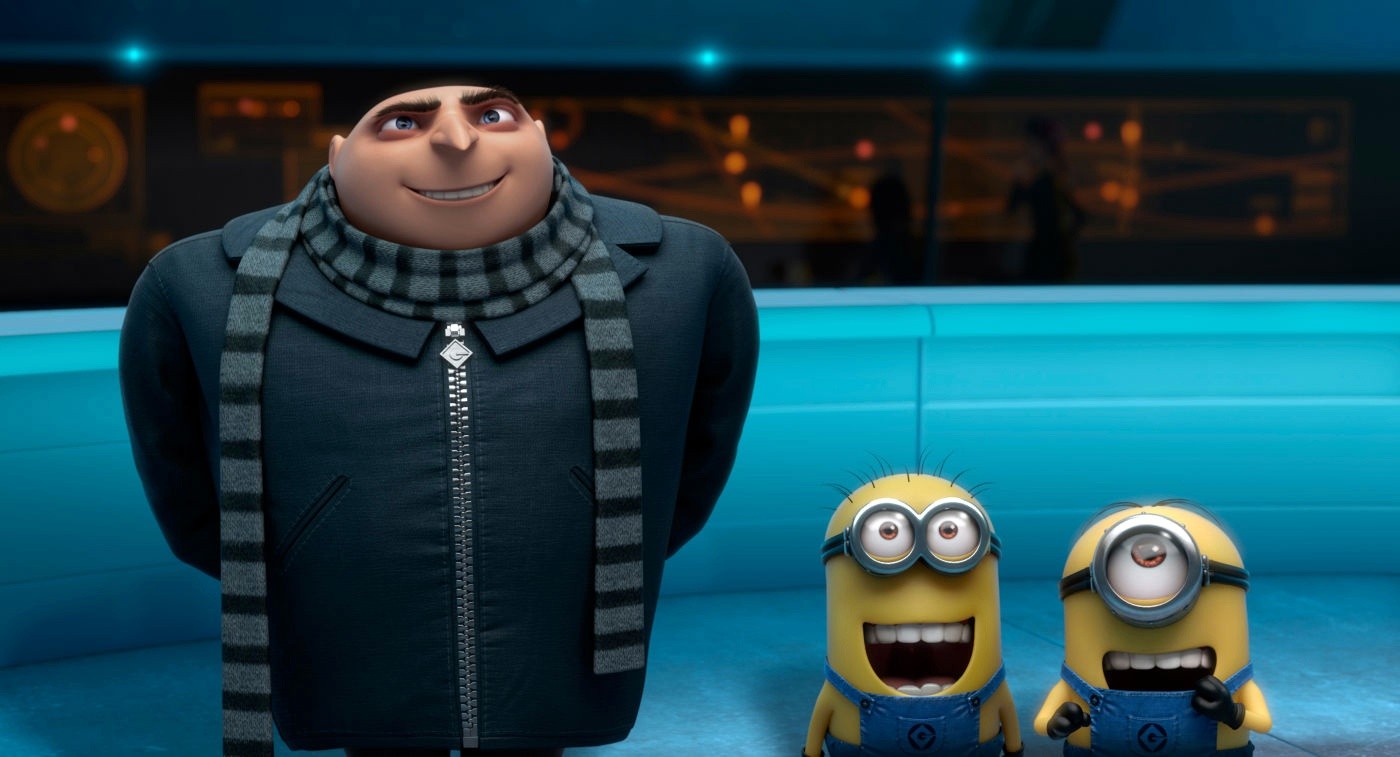 Despicable Me 2 is the second-highest grossing film of the year at the global box office. The Minions have taken over the world with an $805.8 million worldwide total. The overseas performance has contributed $455.1 million to that figure without the help of a Chinese release, making Despicable Me 2 the seventh most successful animated film of all time worldwide.

The film is the most profitable release in Universal's history and is only behind Jurassic Park's $921.6 million as the studio's biggest global earner. There are 8 more territories on the horizon for the Minions, including key markets like Italy, Japan, and South Korea.

Fast 6 might have fallen behind the Minions' global numbers, but it is still leading them in terms of overseas box office. Fast 6 reached an overseas total of $548.1 million over the weekend and is reporting a $786.6 million global cume. The film finished its fifth week in China with a strong $65.9 million total.

Disney came into the weekend with high spirits after crossing the $2 billion mark in the overseas box office on August 22. This marks the fourth consecutive year that the studio hits the milestone and is the fastest year in which it has done so. Disney's Monsters University leads its current slate of theatrical releases with a $424.8 million overseas total and an $686 million global cume.

The weekend saw two successful new openings for the Pixar prequel. Monsters University stormed through China with a $13 million bow, the 4th largest opening for a Disney release in the market. Italy posted a first place performance with a $4.3 million debut. The last territory on the horizon for Monsters University is South Korea on September 12. Japan is the film's top market with a whopping $83.7 million total, nearly doubling second place United Kingdom's $42 million cume. The film has also performed well in Mexico ($38.2M), Argentina ($23.7M), Australia ($22.3M), and Russia ($20.9M).

Planes is hoping to fly into similar territory. The Disney film has grossed a total of $17.8 million from 18 overseas territories. The global total for Planes remains a modest $77.4 million with around 80% of the overseas market on tap for the coming weeks. Planes will open in Germany, Russia, Slovenia, Austria, Switzerland, Iceland and Venezuela next weekend.

The Lone Ranger reached a $230 million global total after a first place opening in Spain added $2.6 million to its overseas tally. The overseas cume for the troubled Johnny Depp film is $142.4 million. The film will need a massive performance from China on October 6 to mitigate the box office damage inflicted by a disappointing summer run.

The Wolverine became the highest grossing entry in the X-Men franchise overseas after reaching a $227.5 million total, dethroning the $225 million record from X-Men: The Last Stand. The Wolverine has grossed $352.2 million worldwide. Three markets are left on the schedule, including Japan on September 13.

The Conjuring posted the biggest opening of all time for a horror film in Mexico with a $4.8 million first place bow. The low budget horror flick went on to gross $2.4 million from its French premiere and $1.9 million in its Italian debut. The new markets helped the film reach an $88.4 million overseas tally and $220.1 million global total. The top markets for The Conjuring are the U.K. ($14.3M), Russia ($9.8M), Australia ($7.7M), and Spain ($7.2M). The film will likely top the $100 million overseas mark in September with upcoming releases in Brazil (September 13) and South Korea (September 17).

A $2.3 million bow saw We're the Millers finish in second place behind Elysium in the United Kingdom. The adult-themed family comedy has grossed $23 million from 19 markets overseas. Russia is still the film's hottest market with an $11.4 million cume. We're the Millers has grossed $114.7 million worldwide and will open in Germany next weekend.

World War Z culminated its overseas roll-out this weekend after an $880k debut in Venezuela. The thriller has performed well above the grim expectations that resulted from its troubled production. A $526.5 million global total will have its producers exhaling a sigh of relief and can open talks for a possible sequel with a tighter budget. The international scope and storyline of the film has connected with overseas audiences, where the Brad Pitt zombie flick has collected $327.7 million. A $14.1 million cume in Spain will likely be enough to make it the year's top grossing live-action film in the market.

The World's End had already recorded $16 million from the overseas release box office before this weekend's $9.5 million North American bow. The $25.5 million global total is a solid start for director Edgar Wright's latest film as it eyes additional releases around the world. The World's End will premiere in France next weekend.

The Smurfs 2 is struggling to match the success of the original. The sequel has grossed a total of $234.9 million worldwide, under half of the original's $563 million global cume. The overseas box office is still keeping the film relevant with a $172.3 million total.

Grown Ups 2 has its sights set on surpassing the $271.4 million global total of the original, but it will need a big boost in the coming weeks to go anywhere near that figure. The ensemble comedy's sequel has taken in a total of $57.4 million overseas and is reporting an $186.3 million worldwide cume.