TOP STORIES: 'Transformers 4' Casting via a Reality Show and a Big Controversy for 'Tony Times' 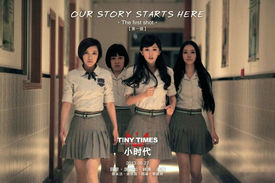 Zhang Yimou has plans for a costume drama as his next project. [China Daily]