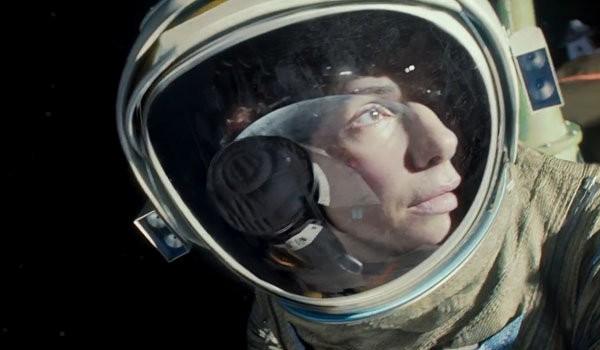 Glowing reviews out of Venice and Telluride are clearly helping Gravity build buzz. In a survey conducted by Fandango, the sci-fi flick held its own against bigger tentpoles coming out this fall.

Fandango, the nation's leading moviegoer destination, today revealed the results of its "Most Anticipated Fall Movie Survey," in which The Hunger Games sequel, Catching Fire, grabbed the top spot among all films released between September and the end of November. The poll - which surveyed thousands of moviegoers on Fandango during the last week of summer - also revealed that this may be a huge season for Chris and Liam Hemsworth, who individually star in three major Fall releases.

"This fall will see the Reign of the Brothers Hemsworth," says Fandango Chief Correspondent Dave Karger, "with Chris starring in the Thor sequel and the racing drama, Rush and Liam deservedly getting more screen time in the Hunger Games sequel. It's rare in the history of cinema for two matinee idol brothers to so completely dominate the box office in the same season."

The Five Most Anticipated Fall Movies:

Most Anticipated Male Performance of the Fall:

1. Chris Hemsworth: Thor: The Dark World, winning with 17% of vote

Most Anticipated Female Performance of the Fall: