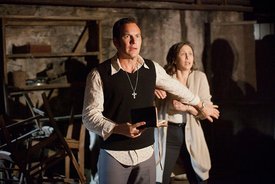 The Conjuring played in more screens than any other film currently in release in Mexico, following up the biggest opening for a horror film in the country's history with a $3.9 million hold. The Conjuring has grossed $10.9 million after two weeks in Mexico. Mortal Instruments opened to $1.6 million for second place, while The Heat took third place with a $1.4 million bow.

Grown Ups 2 culminated its third week with a $9.4 million take. It's a considerable improvement over the $7.7 million lifetime gross of the original. Grown Ups 2 features a supporting turn from Mexican actress Salma Hayek, making the comedy sequel the highest-grossing live action film for Hayek in her home country. One Direction: This is Us premiered in limited release to a $1.1 million take, reaching $1.4 million when factoring in previews. 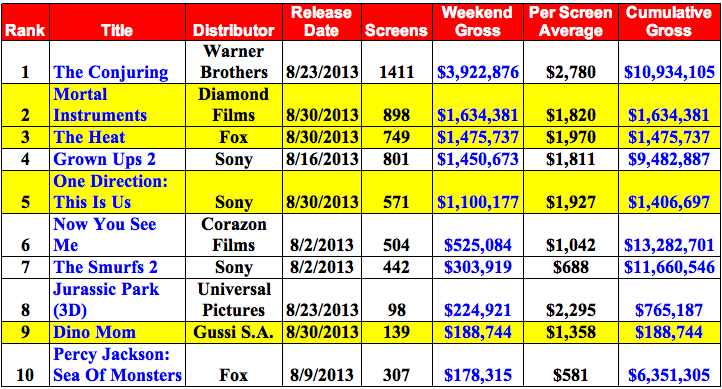