UK: 'One Direction: This is Us" Reigns in its Home Market 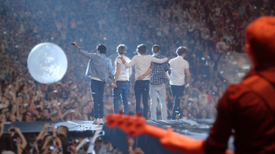 One Direction: This is Us ruled the box office in the band's home market, playing in a market-leading 1,045 screens and finishing the weekend with a $5.3 million take, including previews. The opening tally crushed the $3.7 million lifetime total of Justin Bieber: Never Say Never, a film that only played in just over a third of the locations of the One Direction concert movie.

Elysium placed in second with a $1.9 million take that raises its two-week cume to $9.1 million. We're the Millers culminated its second weekend with a third place finish of $1.7 million, taking its cume to $6.3 million. Pain and Gain couldn't lift itself past a fourth place finish in its U.K. debut, settling for a $1.5 million bow. 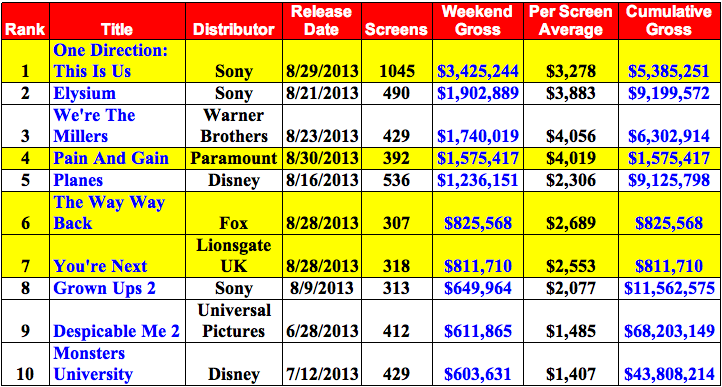