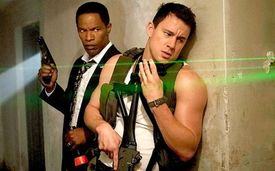 White House Down took down the three consecutive weeks atop the Brazilian box office for Percy Jackson: Sea of Monsters. The Roland Emmerich action film opened to $1.5 million across 365 screens. It's a marked improvement over the $1.06 million debut of Olympus Has Fallen earlier this year. Olympus Has Fallen went on to gross $3 million in Brazil. Percy Jackson: Sea of Monsters settled for a $899k second place performance. The Percy Jackson sequel has grossed $9.9 million, already surpassing the $8.6 million performance of the original.

Two disappointing bows in limited release marked a grim outlook for Jobs and One Direction: This is Us. The biopic struggled in 209 screens with a middling $2,600 per-screen average. The One Direction concert film posted a $2,491 per-screen average to finish its debut with $532k, about half of what Justin Bieber: Never Say Never grossed in its 2011 opening. Justin Bieber's own documentary went on to gross $3 million in Brazil, suggesting a result in the $2 million range for One Direction. 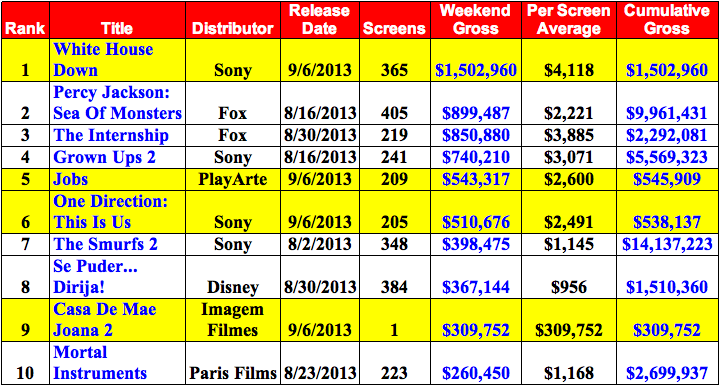