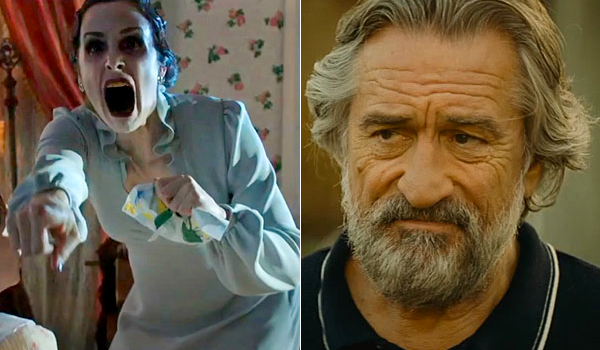 Starting with today's article, BoxOffice will release our Facebook/Twitter Report Card, a new weekly feature that will analyze how powerful upcoming wide releases are on those two influential sites. We have been tracking activity on both sites since May 2010, so we know better than anyone else whether or not a film is connecting the way it should be. The combined power of Facebook and Twitter has changed the movie industry in a substantial way, and our Facebook/Twitter Report Card is a way to easily understand that impact on a movie-by-movie basis.

We hope you like this new feature! I welcome your feedback directly: phil@boxoffice.com.

Never underestimate the power of a creepy trailer when it comes to building buzz on Facebook. The Insidious brand was helped substantially by the sequel's first trailer--a strong bit of advertising that didn't give away too much. Since March, the official Insidious page has added more than 300,000 likes, and now its total is rapidly headed for 3 million. The property has grown substantially since Insidious opened on April 1, 2011 with around 30,000 likes. Director James Wan (The Conjuring) knows how to give horror fans what they want.

Insidious Chapter 2 is a juggernaut on Twitter. The horror sequel is outpacing the likes of Paranormal Activity 4, The Purge and The Conjuring in terms of tweet volume, making it the strongest horror film since we started tracking Twitter in May 2010. That kind of healthy activity indicates that Chapter 2 is connecting well outside the base of horror enthusiasts. We expect this level of activity from action tentpoles, not low-budget fright flicks.

The Family is not the kind of film that is designed to do well on Facebook, because it appeals to a segment of the moviegoing population--patrons aged 35+--that aren't as active as teens and twentysomethings. It's basic title also provides a minor search hurdle for interested parties seeking it out on Facebook. Still, we're encouraged that The Family's like count is rapidly headed for 180K. That's a healthy improvement over the 85K likes that The Big Wedding--another Robert De Niro-driven flick--managed by opening day this past April.

The mob drama has failed to post noticeable Tweet count increases in the crucial days leading up to release. That's a red flag even for a film that we never expected to do well on Twitter. The Twitter numbers are eerily similar to Everybody's Fine, an ensemble drama led by De Niro that opened to a mediocre $3.9 million in 2009.