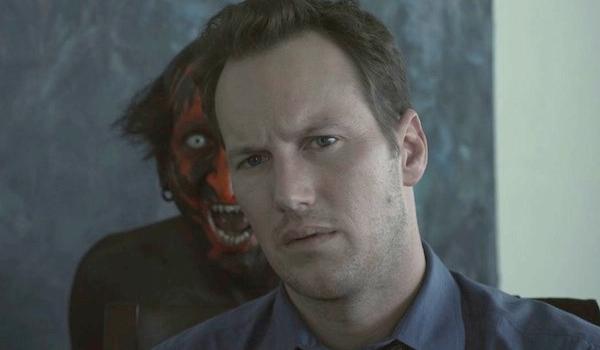 Sunday Update: FilmDistrict's Insidious Chapter 2 dominated the box office this weekend with a massive estimated $41.05 million first place debut. That figure represents the second largest unadjusted opening weekend ever for the month of September (behind only the $42.52 million debut of last year's Hotel Transylvania) and the second largest opening weekend for a traditional horror film in 2013 (slightly behind the $41.86 million start of The Conjuring back in July). That director James Wan has two $40 million openers within a few months of one another is especially impressive. Also especially impressive is that Insidious Chapter 2 opened 209 percent stronger than the $13.27 million start of 2011's Insidious, and that like its predecessor, Insidious Chapter 2 carried a small production budget (reported at $5 million). On the heels of Olympus Has Fallen earlier in the year, Insidious Chapter 2 represents the second over-performer of 2013 for FilmDistrict.

Insidious Chapter 2 grossed $20.06 million on Friday (with a modest estimated $1.5 million of that total coming from late-night Thursday shows that began at 10 p.m.) and went on to register an opening weekend to Friday ratio of 2.05 to 1. Insidious Chapter 2 was quite front-loaded this weekend, but that came as no surprise given the film's status as a high-profile horror sequel and from the film receiving an added opening day boost from Friday the 13th. While it may take a bit for the film to stabilize, Insidious Chapter 2 will have a good chance of stabilizing at some point thanks in part to the limited amount of horror options for moviegoers this fall. The film's B+ rating on CinemaScore is also a very encouraging early sign, especially for a horror film.

The audience breakdown for Insidious Chapter 2 was split fairly evenly between genders (52 percent male, 48 percent female) and skewed towards moviegoers under the age of 25 (62 percent).

Relativity's The Family was off to a very respectable start this weekend with an estimated second place take of $14.5 million. The Luc Besson directed film starring Robert De Niro and Michelle Pfeiffer opened on the high end of expectations. The Family likely received an added boost as serving as the primary option for those who weren't interested in Insidious Chapter 2 this weekend. The opening weekend performance of The Family represents a bit of a bounce back for De Niro, who has seen his drawing power at the box office fall off in recent years with debuts such as the $9.35 million start of 2011's Killer Elite and the $7.59 million start of this year's The Big Wedding. The Family performed more in line with the $16.29 million start of 2008's Righteous Kill. De Niro will hope to continue to build back up box office momentum when Last Vegas debuts in theatres on November 1.

The Family grossed $5.4 million on Friday, was essentially unchanged on Saturday to gross $5.38 million and is estimated to fall 31 percent on Sunday to take in $3.72 million. That gave the film a so-so opening weekend to Friday ratio of 2.69 to 1. That isn't the greatest sign going forward and neither is the film's C CinemaScore rating. Furthermore, The Family will face major competition for adult audiences going forward, with the first of that new competition arriving this coming Friday in the form of Warner's Prisoners.

Universal's Riddick, last weekend's top film, fell 63 percent and two spots to land in third with an estimated $7.0 million. The sci-fi sequel starring Vin Diesel was expected to drop off significantly this weekend due to its fanbase-driven nature and the debut of Insidious Chapter 2. Riddick has grossed $31.28 million through ten days of release. That is a bit below expectations and is 26 percent softer than the $42.49 million ten-day start of 2004's The Chronicles of Riddick (which fell 61 percent in its second weekend to take in $9.42 million). However, it should be reminded that Riddick was far less expensive than The Chronicles of Riddick was.

In other box office news, Lee Daniels' The Butler is projected to top the $100 million mark on Sunday after grossing an estimated $5.58 million this weekend. The early awards season hopeful from The Weinstein Company was down 34 percent from last weekend and placed in fourth this weekend. The Butler has grossed $100.04 million through 31 days of release, thanks in part to very strong word of mouth and continued awards buzz.

Also reaching the $100 million domestic milestone this weekend was Sony's This Is The End. The R-rated ensemble comedy was down 59 percent from last weekend to gross an estimated $0.78 million this weekend. The 96-day total for This Is The End stands at $100.42 million.

We're the Millers rounded out this weekend's top five with an estimated $5.42 million. Despite the new competition it faced in the marketplace this weekend, the break-out comedy was down just 30 percent from last weekend. We're the Millers has grossed $131.60 million in 40 days.

Meanwhile, Lionsgate's Instructions Not Included began to lose momentum this weekend with an estimated sixth place take of $4.25 million. That was down a sizable 48 percent from last weekend, as the film may have been affected more than most by the arrival of Insidious Chapter 2. In the bigger picture, this weekend's decline isn't all that important given that the low budget comedy has already grossed $26.58 million in 17 days of release.

Saturday Update: FilmDistrict reports this morning that James Wan's Insidious Chapter 2 grossed an estimated $20.06 million on Friday, including the sequel's $1.5 million haul from Thursday night shows. On track for a huge $42 million opening weekend, the horror sequel handily topped the previous September opening day record of $13.1 million--impressively held for eleven years by Sweet Home Alabama. That figure also exceeds the $16.96 million first day of Wan's The Conjuring back in July, while falling in line with Paranormal Activity 2's $20.1 million opening day in 2010.

The previous high for horror films in September belonged to 2005's The Exorcism of Emily Rose, which debuted to $11.3 million in its first day onward to a $30.1 million weekend. Not only has Insidious Chapter 2's opening day already topped its predecessor's $13.3 million debut weekend, it's also targeting Hotel Transylvania's September weekend record of $42.5 million. That one's too close to call at this point.

Director James Wan (next helming Fast & Furious 7) is on a hot streak following the success of The Conjuring, and now, the Insidious franchise. The film's Flixster score is declining (at 72 percent as of this writing), however, it is still above the first film's 61 percent score for now. Given the Friday the 13th release tie-in, look for a significant drop on Saturday.

Relativity's The Family is slightly over-performing out of the gate. The Robert de Niro mob flick tallied $5.4 million yesterday, a much stronger showing than his previous flick this year--The Big Wedding, which debuted to $2.6 million in its first day. Although horror films usually stand to benefit most, Friday the 13th may have resulted in some spillover business for The Family and other films. Right now, the flick is on pace for around $15 million this weekend. Audience reception appears questionable as its Flixster rating is already down to 63 percent.

Friday Update: Insidious Chapter 2 snagged $1.5 million from Thursday evening shows. While that's certainly not a bad start, it doesn't compare favorably to the $3.3 million that The Conjuring managed from Thursday shows or the $3.4 million haul of The Purge on the day before full release.

Wednesday Update: Fandango reports that Insidious Chapter 2 currently ranks as their top horror pre-seller of the year to date, outselling Mama, The Evil Dead, The Purge and the director's previous movie, The Conjuring at the same point in their sales cycles.

According to a Fandango survey of more than 1,000 "Insidious 2" ticket-buyers:
· 82% plan to see the movie on opening weekend;

· 67% say they are fans of director James Wan (Saw, Insidious, The Conjuring);

· 65% are attracted by the film's cast, led by Patrick Wilson and Rose Byrne.