Warner Bros. & J.K. Rowling Expand the Harry Potter Universe in Search of the Next Multi-Billion-Dollar Franchise 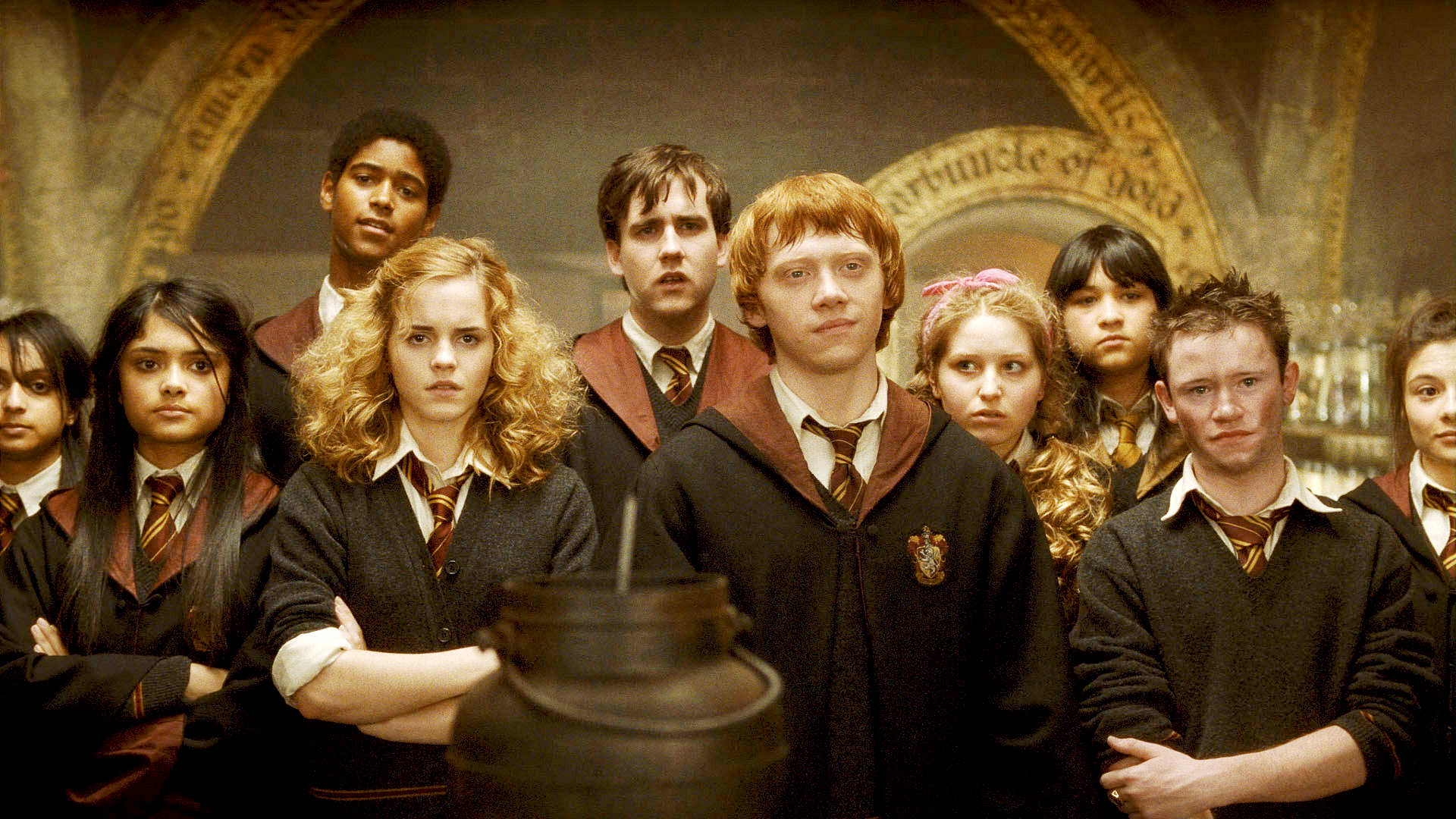 It was just a matter of time.

Only 25 months after the premiere of Harry Potter and the Deathly Hallows Part 2, the final and most successful entry in the Harry Potter franchise, Warner Bros. announced that it's headed back to Hogwarts. Potter scribe J.K. Rowling and the studio agreed on a development deal that will mark the author's screenwriting debut in Fantastic Beasts and Where to Find Them. The new franchise will be an extension of the Potter universe without being a direct sequel or prequel to the Potter storyline. The protagonist of the new series will be Newt Scamander, the fictitious author who wrote the textbook the film draws its title from, a textbook used by Potter during his Hogwarts days.

The cast and characters that populated Potter's wizard world might not be present, but all other aspects of the globally proven formula will remain. "The laws and customs of the hidden magical society will be familiar to anyone who has read the Harry Potter books or seen the films," wrote Rowling on a statement published on her official Facebook page, "but Newt's story will start in New York, seventy years before Harry's gets underway."

The Harry Potter universe has earned $7.69 billion worldwide across eight films released theatrically from 2001 to 2011. It was difficult to think that Warner Bros. would walk away from such a profitable universe at the conclusion of the Potter storyline. Warner Bros. recently announced Batman's return in the upcoming Superman vs. Batman project currently in development, starring Ben Affleck as the new iteration of the Dark Knight. Director Christopher Nolan was responsible for reigniting Warner's Batman cash cow with a trilogy of films that resonated with critics and audiences alike. Warner Bros. wasted little time to revive the character, announcing Batman's return to the silver screen just a year after Nolan's final entry hit theaters.

The Superman vs. Batman concept seemed to be on the fast track in 2002 after Warner Bros. hired Wolfgang Petersen to direct the project, aiming for a summer 2004 release. At the time, both properties had languished in development hell, spending years on the shelf without any extraordinary interest past their respectively loyal fan(boy) bases. The project never materialized and Warner Bros. instead focused on revaluing their properties with stand-alone franchises. Batman eventually went to Nolan, who churned out a Dark Knight trilogy that grossed $2.45 billion worldwide. Superman had a misfire with Bryan Singer's Superman Returns, which grossed $391 million worldwide. Superman Returns had outgrossed the $374 million worldwide earned by the previous year's Batman Begins, but the direction of the franchise failed to garner much excitement. The formula was tweaked seven years later with the release of Zack Snyder's reboot, Man of Steel, which has grossed $661 million worldwide since its release in June. Warner Bros. is coming back to the Superman vs. Batman concept with the two superheroes in their box office prime.

Today's Hollywood is one of brand-name franchises, where familiar titles form part of an extensive and inter-locking diegetic universe. Disney and Marvel's partnership has maximized this strategy across the Avengers films and the corresponding stand-alone series that populate it. Disney looks to be ready to repeat the same formula with their acquisition of the Star Wars universe, with speculation of annual spin-off films to complement a new trilogy.

Unproven properties molded into wannabe blockbusters have their days numbered in Hollywood after two consecutive years of costly box office flops. The Lone Ranger, Battleship, R.I.P.D., Jack Reacher, and John Carter are only a handful of examples that show the difficulty of launching new crowd-pleasing properties. The fact that the films weren't any good might have something to do with it as well, but making a half-decent movie appears to be significantly less enticing than releasing a film that's easier to market.

One can hardly blame Warner Bros. for going back to J.K. Rowling in an attempt to dig up another multi-billion dollar franchise from the author. The deal isn't confined to whatever makes it onto the silver screen, maximizing the licensing power that comes with J.K. Rowling. The New York Times reports that the WB/Rowling deal includes additional attractions at the Harry Potter sections of the Universal Studios theme parks and global distribution rights to a televised miniseries from the BBC based on "The Casual Vacancy," her 2012 novel aimed at adults.

There is a lot of potential in this deal, but Warner Bros. has to be wary in how they develop their Potter universe spin-offs. Author Stephanie Meyer became a household name with the Twilight franchise, a series that grossed a total of $3.32 billion worldwide from five feature film adaptations. Meyer's following film project, The Host, bombed earlier this year after grossing $63.2 million globally. Granted, The Host didn't belong in the Twilight universe, but the discrepancy in global grosses between the two franchises clearly indicates that the audience's allegiance was with Meyer's characters rather than her oeuvre. Warner Bros. will be hoping the same doesn't apply with their fledgling Fantastic Beasts franchise. J.K. Rowling and the studios are ready to make Newt Scamander a household name in the coming years.

A look at some of the franchises mentioned in this article: 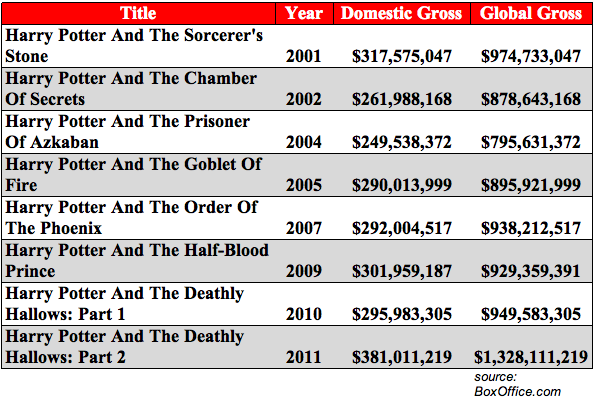