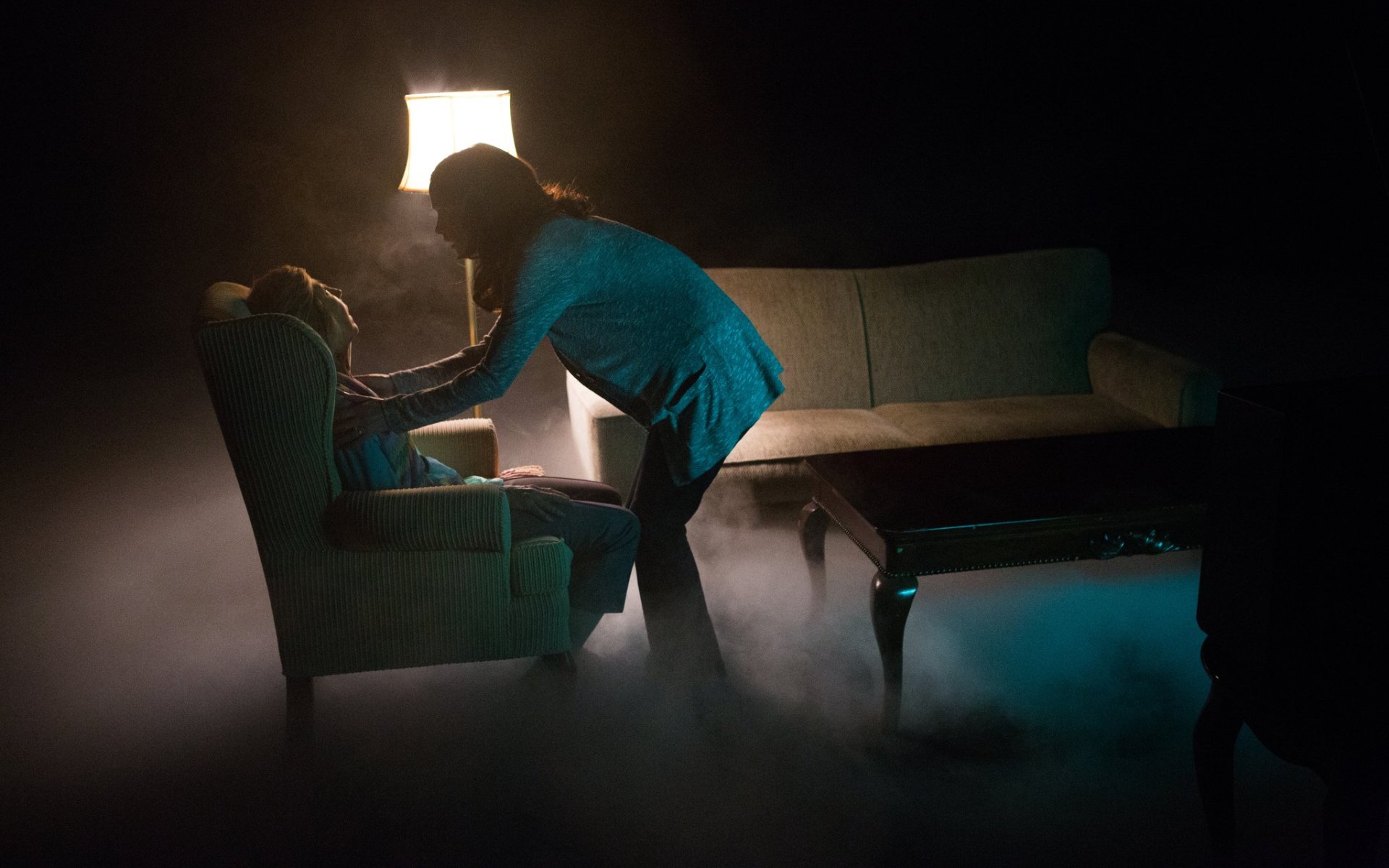 Insidious: Chapter 2 is already turning heads. The micro-budget horror sequel opened in North America to $40.27 million and posted the biggest Friday opening of all time for a horror film in U.K. box office history en route to a $4.59 million bow. The sequel finished the weekend as the top film in the United Kingdom with a debut that outgrossed comparable titles like The Conjuring, The Purge, Mama, and Insidious. Insidious: Chapter 2 is currently playing on 558 screens at 414 locations across the U.K. The original Insidious opened to $2.4 million in the United Kingdom and went on to gross $11.9 million in the market. BoxOffice estimates the film's total budget at $30 million, making Insidious: Chapter 2 an instant box office hit.

eOne, Film District, and Sony Pictures Worldwide Acquisitions announced a third entry to the franchise today with Insidious and Insidious: Chapter 2 screenwriter Leigh Whannell set to pen next the chapter in the horror saga.

In a joint statement made available through a press release, Peter Schlessel, FilmDistrict's CEO, Xavier Marchand, eOne's President, Film Production, and Steven Bersch, President of SPWA, said, "The release of the first Insidious resonated with audiences around the world and quickly became one of the most talked about films in 2011. This weekend moviegoers enjoyed the terrifying continuation of the first film and we are confident they will be excited to see the third chapter of the Insidious world. There is nobody better suited to bring audiences the next chapter of this haunting story than Leigh who has brilliantly written both Insidious and Insidious: Chapter 2."

Jason Blum, founder and CEO of Blumhouse added, "FilmDistrict, eOne and SPWA have been incredible partners on the Insidious franchise. We are all so grateful for how audiences embraced James Wan and Leigh's latest film and are excited to see what Leigh has in store for the third chapter."