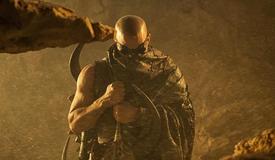 Riddick stole the top spot at the Russian box office from 2 Guns with a $4.3 million bow from 926 screens. The sci-fi action flick will hope to add to its impressive debut in the coming weeks.

Despicable Me 2 finished last weekend in third place with a $1 million take from 449 locations. The Minions have earned $33 million in the market after 32 days in release. Despicable Me 2 is Universal's highest-grossing film of all time in Russia.