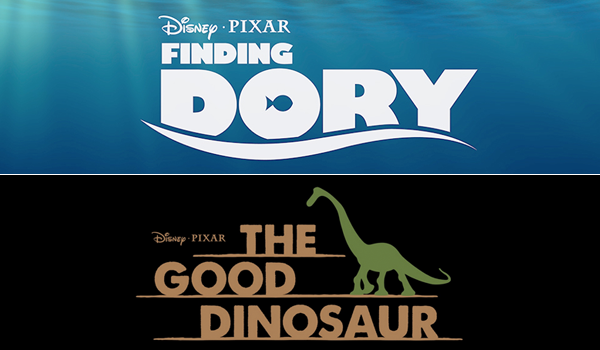 Walt Disney Studios announced this afternoon a handful of release date changes (seen below), most notable among them being the 7- and 18-month delay of two Pixar films. The widely anticipated Finding Dory, originally slated for November 25, 2015, will now be released on June 17, 2016 (filling the void of the "Untitled Pixar Film" Disney had in that slot). In addition, The Good Dinosaur will take Dory's former place on the schedule as it has been delayed from its original May 30, 2014 date to November 25, 2015.

In addition to those moves, Disney announced the following:

Obviously, the biggest news here is the shuffling of two major Pixar films. The Good Dinosaur will now release a year-and-a-half later than planned. Although it's fairly late in the game to delay a film that was relatively close to its summer release next year, the news makes sense in the wake of this month's announcement that director Bob Petersen (co-director of Up) was removed as director.

Although this move leaves 2014 with no Pixar films for the first time since 2005 (in between 2004's The Incredibles and 2006's Cars), the strategy is wise given the creative conflicts that seem to have arisen over the original story. Now, Pixar has the time necessary to steer the ship back in the right direction.

Meanwhile, Finding Dory will also benefit from its move to summer. Rumors persist that Disney may release Star Wars: Episode VII in or around December 2015--less than one month after Dory was originally slated to open. Although that remains wholly unconfirmed, the pieces are starting to align in a way that quietly indicate Disney's intentions. Time will tell. Either way, Finding Nemo became the highest-attended Pixar film ever (domestically and overseas) with its Summer 2003 release, so Dory will be right at home in June 2016.