GERMANY: 'White House Down' Keeps Up with the Competition, Reaches $6.4M Cume 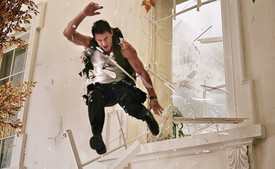 A fantastic $2.4 million hold kept White House Down on top of the German box office in its second weekend. The result represents a mere 15% drop from last weekend's opening, taking the cumulative total to $6.4 million. Olympus Has Fallen received a significantly smaller release in the market this June, only grossing $1.4 million in its theatrical run.

We're the Millers also posted a strong hold, falling only 6% in its third frame for a $1.5 million second place finish. The comedy has grossed a total of $6.8 million in Germany.

Red 2 disappointed with a third place finish after a $1.3 million bow from 532 screens. The original Red tallied a $2.4 million opening en route to an $8.5 million run in Germany. 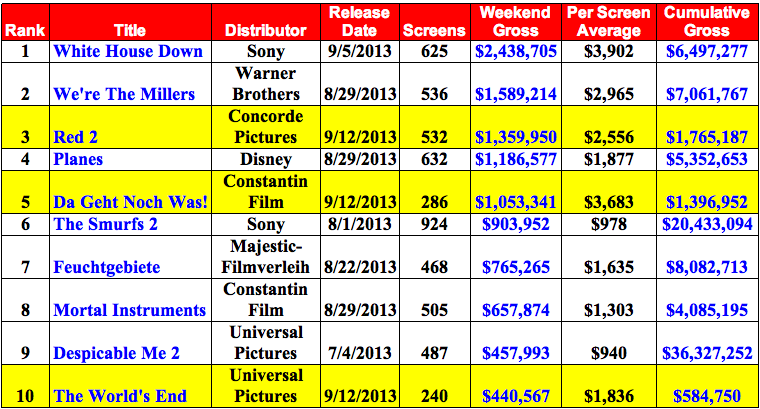