GLOBAL: 'Despicable Me 2' Closes in on $500M Overseas Mark 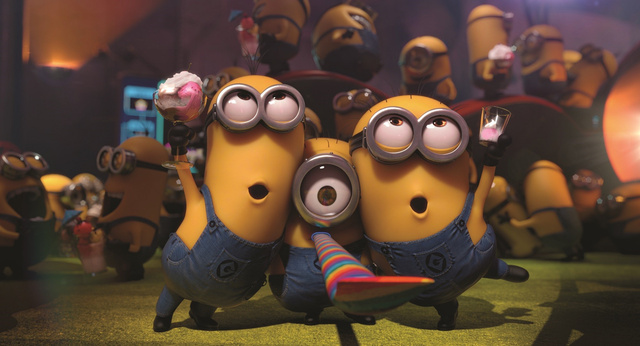 A #1 opening in Japan turned in $6.3 million for Despicable Me 2, a 36% increase over the original's premiere in the market. South Korea's Chusok holiday began on Wednesday and helped the film improve to a $4.6 million 11-day total in the market. There are five territories left to open for Despicable Me 2: Serbia & Montenegro and Slovenia on Oct. 3, Turkey on Oct. 4 and Greece and Italy on Oct. 10. The animated sequel has grossed $493.3 million overseas and $854 million globally. It is the second biggest film at the global box office, trailing the $1.2 billion earned by Iron Man 3.

A $9.8 million opening in China gave Turbo the title of the #1 non-Chinese film in the market, a promising start for a film that started slow out of the gate in North America. Turbo took the top spot in Australia with a $1.4 million bow. The animated film has now reached $92 million overseas and $173.6 million worldwide.

Lee Daniels' The Butler is reporting results from 7 overseas markets that takes the film to a $6.1 million overseas total. France is leading the way with a surprising $4.9 million take. The Butler has grossed $112.4 million worldwide.

Percy Jackson: Sea of Monsters posted a $1.2 million debut in Australia. The film continues a strong run in its sixth week in France and Brazil, grossing $13 million and $11.1 million respectively. The sequel has now grossed a total of $110.9 million overseas and $175.1 million globally.

The Wolverine is adding to its tally before its scheduled October 17 debut in China. The superhero film has grossed $241.2 million overseas and $372 million worldwide.

The Conjuring fell shy of hitting the $150 million overseas milestone over the weekend. The thriller added $10.1 million from 58 territories to reach a $149.2 million overseas cume, including a strong $5 million debut from South Korea. The top markets for the film include Mexico ($18.1M), the U.K. ($16M), and Russia ($10M). The Conjuring has grossed a succesful $285.4 million worldwide.

We're the Millers continues its strong overseas run, reaching an $84.5 million total over the weekend. The raunchy comedy had a $1.4 million debut in France and posted a $1.3 million hold in its second weekend in Italy. We're the Millers is playing particularly well in Russia ($17.3M), the U.K. ($12M), Germany ($8.6M), and Australia ($8.3M). The ensemble comedy has grossed $222.6M globally.

R.I.P.D. flopped in the U.K. with a $840k finish at 375 dates, finishing at sixth place in its opening frame on the market. The film had similar struggles in Argentina with a $170k debut from 94 dates. The troubled Universal release will hope to fare better in Latin America's two biggest markets next weekend, where it plans to bring in competitive debuts from Brazil and Mexico.

Kick-Ass 2 had a 600% improvement over its predecessor in Colombia, where it had a $65k debut from 50 dates. The superhero sequel has grossed $30.4 million overseas and $59 million worldwide.

Pain and Gain pumped up an additional $1.4 million to its overseas total this weekend, bringing its overseas tally to $31.4 million. The film has grossed a total of $81.2 million worldwide.