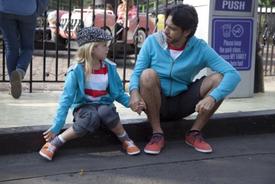 Instructions Not Included posted the biggest opening weekend of all time for a Mexican film in its home country. The comedy took in a massive $11.5 million in its debut. The previous record holder was the 20us11 Mexican production of Hannah Barbera's Top Cat. Instructions Not Included stars the Mexican comedian Eugenio Derbez, famous for building a loyal following in the country through sitcoms in the mid-90s. The comedy has already grossed over $34 million in the United States.

Planes saw its second weekend grosses cut by 40% on the shadow of Instructions Not Included. The animated film took in $1.4 million to reach a $5.4 million total over its second frame. The Conjuring held on to a $584k weekend in its fifth frame, still managing to stay in the top spots after posting the highest opening weekend of all time for a horror film in the country.  The Conjuring has grossed a total of $18.1 million.