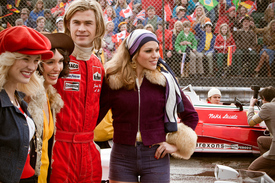 Action flick White House Down and the romantic time-traveling comedy About Time both posted $1.1 million holds. White House Down has collected a total of $3.9 million from the U.K. in two weeks and will have a hard time catching up to the $9.4 million grossed by Olympus Has Fallen earlier this year. About Time has now reached ban $8.4 million totals after three weeks in release.

Diana, the Princess Diana biopic starring Naomi Watts, posted a $997k performance in a mid-table debut. It's a disappointing performance for the biopic considering it was released in 523 screens, only One Direction: This is Us played in more theaters. The One Direction concert movie reached an $11.3 million total in its fourth weekend on the market. R.I.P.D. and The Call both finished their opening weekends on the bottom half of the table, grossing $810k and $656k respectively. 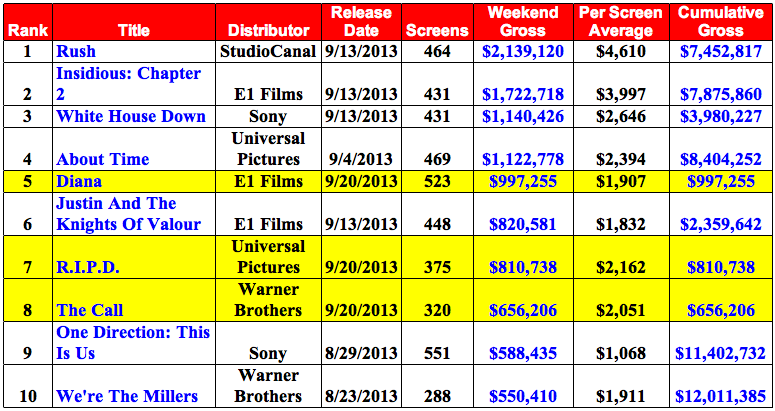