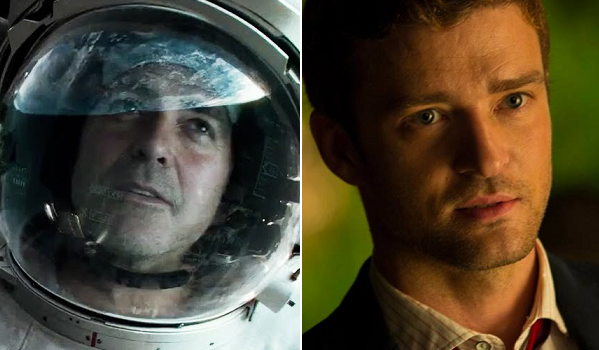 Gravity is building up Facebook likes at a steady rate. The space flick is rapidly approaching 150K likes as we write this article--a very healthy sum for a film that will likely do well with moviegoers aged 30+. To put that into perspective, Flight had 126K likes at the same point in the release cycle. We think Gravity will add even more likes after it starts playing theatrically. If general audiences are even half as enthusiastic as critics have been Gravity will surge on Facebook this weekend.

Gravity has delivered one of the most impressive Twitter performances of the year. Not only is it easily outpacing Life of Pi's tweet volume, but it has also rebounded very well from a lukewarm reaction to the first teaser trailer. Glowing reviews out of film festivals have helped the film really gain traction on Twitter. We are also optimistic that there will be a huge surge in tweets once the paying public starts to see it.

We are very disappointed by Runner Runner's Facebook performance. The fact that the gambling drama is only eyeing 120K likes at this point in the release cycle is a sign of bad things to come. Star Justin Timberlake has plenty of young fans who are active on Facebook, yet it seems very few of them are rallying behind his latest film.

The fact that Runner Runner's daily tweet counts are pacing in line with In Time--a 2011 sci-fi vehicle for Timberlake that opened to only $12 million--is a very bad sign. It's possible that the recent backlash over co-star Ben Affleck's new role as Batman cast a shadow over this film that it couldn't overcome.