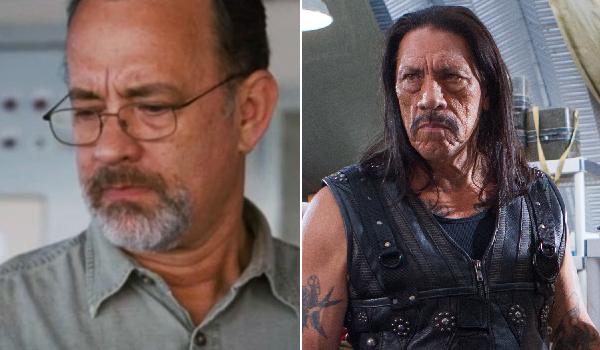 Facebook Grade: C
Even by the low standards set by other adult-skewing flicks, Captain Phillips simply isn't delivering on Facebook. A like count that hasn't reached 30,000 in the days leading up to release is a bit of a let-down considering that Argo had more than 50,000 likes at the same point in the release cycle. Does lackluster Facebook activity mean that Captain Phillips is going to bomb? Nope. It just means that it's going after moviegoers who don't flock to Facebook to show their support for a film. We still expect the Sony release to do steady business in the weeks to come.

Twitter Grade: B
We're very pleased with Captain Phillips' performance on Twitter. The sea-based thriller is keeping up with Argo when it comes to daily tweet counts at the same point in the release cycle. Day-to-day tweet count increases this week have also been very encouraging.

Facebook Grade: B
A like count of more than 700,000 seems very strong on the surface, but it's really not. The Machete franchise is aimed directly at males aged 18-34--a very active slice of the Facebook population. By comparison, the Kick-Ass franchise managed to breeze past 2 million likes by the time Kick-Ass 2 rolled around, and that still wasn't enough to help boost the sequel past an anemic $13.3 million debut.  It's also disappointing that the addition of Lady Gaga and Sophia Vergara to the cast didn't end up adding a little more online support.

Twitter Grade: C+
Machete Kills is just not connecting on Twitter the way it should be. The Open Road release is pacing far behind Kick-Ass 2 at the same point in the release cycle. We're concerned that Machete's fanbase has not grown substantially since the first film, and that's a bad sign for a B-grade action flick that's about to enter a market full of prestigious Oscar contenders.