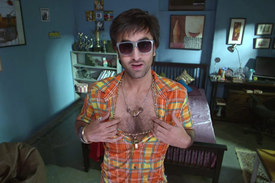 Besharam’s mid-week opening strategy backfired as the comedy was only able to bring in $8 million after a 9-day period. It was enough to lead a soft weekend among domestic films in India, however, as Besharam took advantage of a pause in the release calendar to claim the top spot among a field of hold-over titles.

The Lunchbox added $219K in its third frame to reach a $3.1 million cume. Grand Masti reached a $15 million cume in its fourth week in India while reaching a $419K cume in North America. Phata Poster Nikla Hero scored a six-digit result in its third week in India, earning $119k to take its domestic total to $5.8 million. The film has grossed a total of $410K in North America.