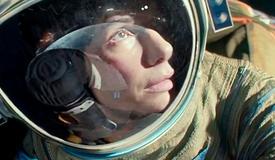 Gravity kept the top spot at the German box office after expanding to 8% more screens over the weekend. The sci-fi film took in $3 million dollars from 614 screens, averaging $4,957 per theater. Gravity’s numbers only fell 17% compared to its opening weekend. The film has now grossed $8.1 million. Turbo’s $1.8 million take from 709 screens made the animated film the #2 film in the country for a second consecutive week. A middling $2,615 per-screen average, however, suggests next weekend’s numbers will drop more than the 30% reported this weekend. Turbo has earned a total of $5.2 million in Germany.

Prisoners played in 254 screens, a fraction of Gravity’s 614 and Turbo’s 709 theaters. The Hugh Jackman/Jake Gyllenhall vehicle was able to scrape a third place finish in its limited debut, collecting a $1.3 million bow. Rush expanded to 15% more theaters and only suffered a 29% drop, finishing its second weekend in fourth place with a $1.1 million tally. The F1 biopic has grossed a total of $3.3 million from Germany. Lee Daniels’ The Butler opened in eight place to a $591K bow from 147 screens.