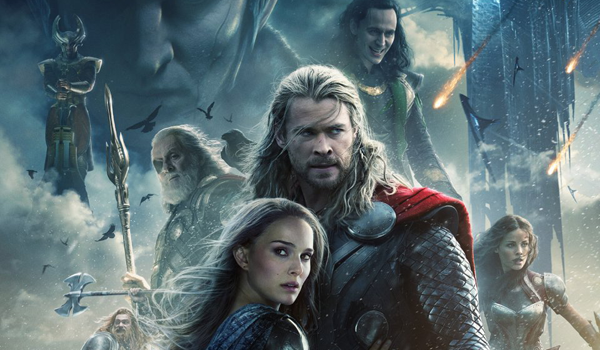 On Thursday, new tracking information for Marvel's Thor: The Dark World made news across the industry. Having analyzed said information in addition to our own reliable tracking metrics, BoxOffice is forecasting an opening weekend of at least $90 million for November 8's anticipated superhero sequel.

By comparison, that would significantly expand upon the first Thor's $65.1 million debut by 38 percent.

Why the big jump? If Iron Man 3's run earlier this year didn't make it obvious, "the Avengers effect" is in full force with Marvel's Cinematic Universe. The latest Tony Stark sequel opened 36 percent higher than Iron Man 2's first weekend, or roughly 20 percent in terms of ticket sales (the second entry didn't play in 3D). That increase came despite decidedly modest word-of-mouth for 2010's first sequel with Robert Downey, Jr., exemplifying the splash effect of The Avengers' goodwill. If the Thor sequel can keep pace with that bump in attendance, it would be in store for no less than an $80 million debut.

While Iron Man remains the most popular solo franchise in the grand Avengers scheme, it's arguable that the "smaller" individual films (like Thor: The Dark World and April 2014's Captain America: The Winter Soldier) stand to gain more in the wake of Joss Whedon's 2012 blockbuster phenom. Case in point: The Dark World is posting 182 percent more Twitter discussion than Iron Man 3 at the same point in the release cycle, and 13.5 percent more than The Avengers. (The first Thor generated about one-tenth of its sequel's current chatter.)

With a smaller base to build on than the Iron Man movies had, the Thor series, in theory, may have more room for expansion.

Flixster anticipation levels for the Asgardian follow-up may be painting stand at an incredible 99 percent "want to see" score from over 117,000 voters (as of October 17)--just 24 percent behind Avengers' number of votes on the day before its release last year. With 31 days left, The Dark World has already surpassed the final pre-release vote count of Iron Man 3 (which also boasted a 99 percent score).

Granted, direct comparisons can be misleading to the naked eye if taken individually or too literally. It's not as if anyone realistically expects The Dark World to perform anywhere near Iron Man 3's or Avengers' box office levels. That being understood, with the exception of Iron Man 2 (incorrectly once expected to challenge The Dark Knight's then-record opening), Marvel films have a recent history of being underestimated prior to release.

Even a possible $100 million debut can't be taken off the table. We'll hold out on pushing our official forecast that high until the final marketing phase has a chance to prove its worth, but current audience interest levels for The Dark World support such a trajectory. One important demographic not to brush off: women under the age of 25, who indicate that they're as excited, or more, to see the new Thor film versus how they felt about Iron Man 3.

Is it a stretch to say the guys out there will be convinced to see a new comic book movie on date night even if they're not looking forward to one quite as much as they were back in May? Nope. Should expectations still be kept in check? Sure. Either way, the film is a safe bet when it comes to global success and inevitable profitability.

In fairness, no form of tracking is infallible. A lot may happen between now and November 8 because, in this day and age, critical reactions and online buzz *can* have an effect on the outcome of a high-profile film's opening weekend. If necessary, we'll update our forecast accordingly over the next few weeks. Until that happens, though, the BoxOffice team thinks the early signs for The Dark World are very encouraging.

The Thor: The Dark World trailer: