Why Warner Bros. Should Make a Wonder Woman Movie Happen 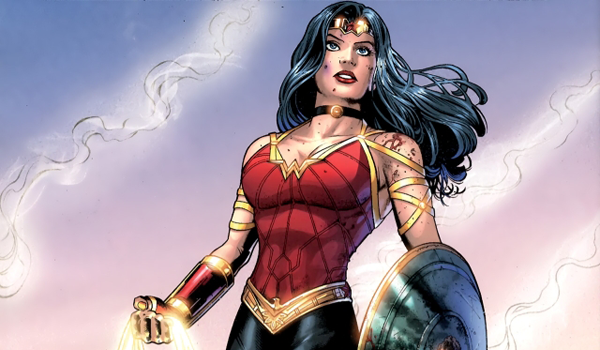 Warner Bros. wants to bring Wonder Woman to the big screen. That's been a known fact for some time, but yesterday's reaffirmation from Greg Silverman, the studio's president of creative development and worldwide production, was welcome news for fans of the DC Comics character.

So, when's the right time to make it happen? The studio is currently neck-deep in its part-sequel/part-reboot that is Zack Snyder's still-untitled Superman/Batman flick. While their priorities should be on crafting the best possible version of that movie, the future is now--and the future of movies, if you haven't been paying attention, is in bringing women to the forefront.

Perhaps more than any other studio right now, Warner Bros. knows that. Their Gravity is still the talk of the town three weeks after release, and Sandra Bullock's turn in the film's lead role is a major contribution to its phenomenal global success (having banked $286 million and counting).

Disney and Marvel know it, too. Just hours before Silverman's comments were published, Movies.com's Erik Davis posted an interview with Marvel's Kevin Feige--the executive mastermind behind the success of the Avengers franchise--in which he confirms that there are no current plans for a female-led superhero film coming out of Marvel. Not before 2016 or 2017, at least. (Sorry, Scarlett Johansson/Black Widow fans.) It's not that they don't want to, but logistically, their slate is already packed for the next few years.

Note to WB: that window opening in front of your eyes is one of significant opportunity.

Aside from the mega-success of Christopher Nolan's Dark Knight trilogy, Warner and DC have been playing eternal second-fiddle to Marvel in the cinematic realm for more than a decade. Green Lantern failed in 2011, and several possible iterations of a Justice League film have fizzled out in recent years. Man of Steel was the first best hope in launching their own Avengers-like film universe, but fans aren't quite as enthusiastic about the potential of it as they were after 2008's Iron Man set the stage for Marvel's Cinematic Universe.

A would-be Justice League universe needs a game-changer, and not just the one Snyder and writer David Goyer are concocting for July 18, 2015. They need something to keep them ahead of Marvel's curve. Now is the time to put serious resources into making a Wonder Woman movie happen; one that fans and average moviegoers can both take seriously.

Why? Take this statistic for an example: despite space-set films being historically male-centric, 46 percent of Gravity's opening weekend audience was comprised of women--2 percent more than Man of Steel, and a whopping 17 percent more than the year's highest grosser thus far, Iron Man 3. As noted, Bullock's star power and recent successes were major components in that. It's not a stretch to say that a Wonder Woman film mixing narrative depth and visual spectacle, while led by a dramatically-capable star actress, would bring out more than just male comic nerds.

Such a project shouldn't be rushed, either. The studio has been wise to explore all options carefully, and the first option that should be tossed immediately is any involvement of Wonder Woman in the 2015 Superman/Batman pic (beyond a brief setup or cameo). That project has enough mountains to climb, and the task of establishing a new heroine would likely be narrative overkill.

Instead, scour the industry (or fans, for that matter) for writers and directors that know how to give women a voice on screen. Let them pen a standalone film completely dedicated to the origins and development of a strong female character not well-known by today's audience. The first studio to do the concept justice will reap the rewards, while the other will be left to ponder the opportunity they missed as they watch the competition be the first to embrace the future, and rule the box office in the process.