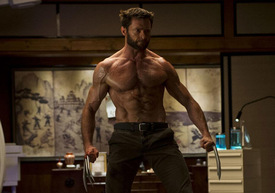 The Wolverine is being released in China as The Wolverine 2, a simpler title that avoids confusion with the similarly titled X-Men Origins: Wolverine. The superhero spin-off sequel opened in China with an $18.17 million bow. The strong opening for the Fox release was enough to overshadow domestic cop thriller Special ID. The Chinese film collected $10.87 million in its opening weekend.

Now You See Me continued to impress in its first full week of release. The film took in an additional $7.95 million to bring its Chinese cume up to $17.91 million after 11 days in release. Now You See Me is among the year’s most surprising hits; the film has grossed $225.8 million overseas and $343.5 million worldwide.

Young Detective Dee is one step closer to reaching the $100 million mark. The Chinese film hit $94.69 million after the weekend, a strong performance after 23 days in release. Inferno 3D, which has struggled as an alternative to Young Detective Dee, reached a nevertheless healthy $20.87 million total by the end of the weekend.

Disney’s The Lone Ranger is sputtering out of the top ten chart after a $1.09 million hold in its third frame.  The Lone Ranger has grossed a total of $12.94 million after 16 days in China, a productive tally that nevertheless falls short of making an impact on the troubled Disney release.