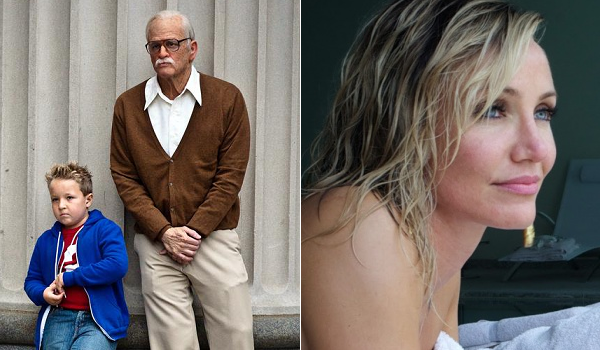 The brand growth that the Jackass franchise has accomplished between the release of 2010's Jackass 3D and Bad Grandpa is staggering. The Jackass page had around 2.2 million likes before Jackass 3D hit theaters and now it's up to more than 28.7 million. This week, the Jackass page has added likes quicker than pages for other male-skewing comedies such as Anchorman 2: The Legend. In terms of overall growth over the last five days, the Jackass page is second only to Thor: The Dark World. If Paramount wants to keep cranking out more entries they've got a very large audience to market directly to.

Activity levels are modest, and they are not quite as strong as what Jackass 3D managed in 2010. Jackass 3D was a Twitter phenomenon that helped revive a lagging brand. Nobody expects Bad Grandpa to match Jackass 3D's $50.4 million debut, so holding it to the same standards on Twitter would also be unfair.

We're impressed by the fact that The Counselor passed 170K likes this weeks. That's a healthy total for an adult-skewing drama about the dangers of the drug trade. Savages, another star-studded flick about selling drugs, had close to 56K likes right before it opened in Summer 2012.

While The Counselor is beating Savages by a healthy margin on Facebook, the same cannot be said for Twitter. Savages inspired four times as many tweets as The Counselor in the week leading up to release. It's very disconcerting that a film with as much star power as The Counselor can't seem to find its footing on Twitter.