INDIA: 'BOSS' Takes Over the Market with $7.7M Bow 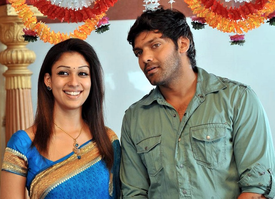 BOSS premiered in 2,076 theaters for a $7.7 million bow in India, a commanding performance among the domestic films in the territory. The courtroom biopic Shahid opened in limited release to a $467K take from 445 theaters, far from challenging BOSS at the box office.