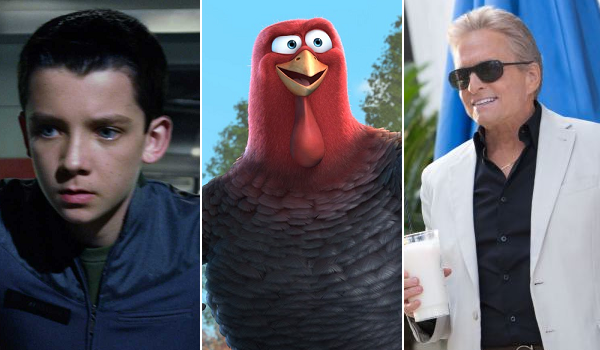 Facebook Grade: C
There's usually plenty of overlap between sci-fi fans and active Facebook users, but Ender's Game has not capitalized on that overlap. The film's official Facebook page is behind John Carter and After Earth at the same point in the release cycle. It's worth noting that a page devoted to the source novel has nearly 530,000 likes. Perhaps fans didn't want to like two pages devoted to the same property. Still, the underwhelming pre-release like count indicates a general lack of enthusiasm from potential moviegoers who haven't read the book.

Ender's Game is tracking behind on John Carter on Twitter--another troubling sign. We are worried that anti-gay comments made by Orson Scott Card, the author of the source novel, got the film off to a bad start on Twitter that it has never fully recovered from. This sci-fi flick is just not inspiring the kind of tweet counts that a true blockbuster would.

Building a fanbase for a new animated property can be tricky. Relativity is off to a modest start on Facebook with their Thanksgiving-themed entry. Free Birds is pacing behind Arthur Christmas on Facebook at the same point in the release cycle. That's troubling for two reasons: 1) Arthur Christmas came out in 2011 when there were less people using Facebook and 2) Arthur Christmas earned only $147 million globally--$46 million of which came from North America. We are concerned that Free Birds will also have a tough time finding its audience during a crowded holiday season.

Films aimed directly at families with young children often struggle on Twitter, so we're not overly concerned about Free Birds' daily tweet count. There could be a nice bump in activity after this weekend if parents decide to endorse the film as quality family entertainment.

We never expect much from adult-skewing flicks on Facebook. Unfortunately, Last Vegas isn't even living up to those low standards. The comedy is pacing behind The Big Wedding at the same point in the release cycle. That's cause for concern considering that The Big Wedding opened to only $7.6 million this past April. We are still optimistic that Last Vegas will find it's footing, but the lack of Facebook activity worries us.

Last Vegas is actually doing quite well on Twitter. It's running 275% ahead of The Big Wedding and 85% ahead of Red 2 at the same point in the release cycle. Of course, adult-skewing flicks also struggle on Twitter, so we're still talking about a low amount of tweets.