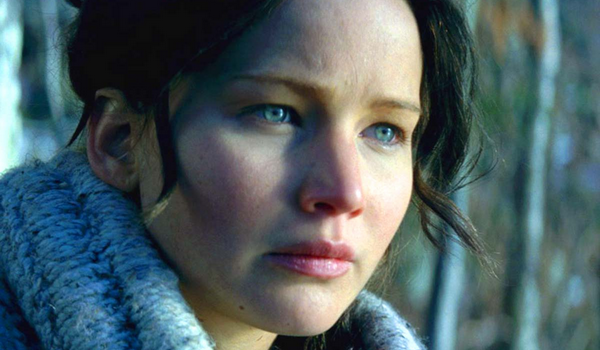 We're just over three weeks away from one of 2013's most highly anticipated blockbusters, The Hunger Games: Catching Fire, and signs are pointing to an opening weekend north of $160 million. The first sequel in Suzanne Collins' adapted book franchise may even become the highest non-3D opener in history--a title currently held by The Dark Knight Rises' $160.9 million. The existing November record is $142.8 million (The Twilight Saga: New Moon).

Audience interest levels are comparable to those of Rises and Iron Man 3 three weeks out from release, with anticipation highest among women under the age of 25. Women over 25 also indicate a higher interest than men in either age group. Nevertheless, male enthusiasm for Catching Fire is nothing to sneeze at either, trending almost three times stronger than the Twilight finale, Breaking Dawn Part 2, which opened over the same frame last year.

2012's The Hunger Games broke new ground for a franchise-starter with its massive $152.5 million debut--the highest figure any movie has ever tallied outside of the summer season. Social media was in a frenzy over the first installment months in advance as distributing studio Lionsgate capitalized on the exploding popularity of Collins' book trilogy. The result was an extraordinary level of synergy for a brand growing by the day. The film went on to bank $408 million in North America, plus an additional $278.5 million overseas.

With Catching Fire, the studio is again mounting a highly effective marketing campaign that has the Hunger fan base counting down the minutes until November 22. Twitter discussion is a remarkable 63 percent higher in comparison to the level of chatter the first film was generating at the same point before its release, and just 12.5 percent behind Breaking Dawn Part 2.

How big can Catching Fire possibly be?

Following the record numbers of Marvel's The Avengers and Iron Man 3--which now account for the two largest opening weekends in history ($207.4 million and $174.1 million, respectively), it would be easy to expect a launch in between those numbers for Catching Fire. However, aside from the fact that it won't have the advantage of 3D prices to boost revenue (as both superhero flicks did), past follow-ups to mega box office performers indicate a large increase isn't historically likely.

Take, for example, Harry Potter and the Chamber of Secrets. One year after The Sorcerer's Stone introduced mainstream audiences to the Potter craze, the series' first sequel opened 2 percent below its then-record-holding predecessor ($88.4 million versus $90.3 million). The Hunger Games similarly served as the general populous' introduction to a new series, doing so in an era where social media buzz can significantly drive moviegoer interest. In other words, big crowds were (and still are) even more likely to show up on opening weekend in 2012 than they already were in 2001.

Additionally, whereas the first Hunger monopolized a weak market in late March/April 2012, Catching Fire has a busier space to compete in with its launch coming two weeks after Thor: The Dark World.

Aside from Potter, there are few comparable franchises for this new blockbuster phenom. Hunger was the first series-starter to gross more than $400 million (not accounting for inflation, mind you) domestically since 2002's Spider-Man. Two years later, its sequel became one of only six in history (pre-Catching Fire) to follow a $400 million earner. While all six (Attack of the Clones, Spider-Man 2, Pirates of the Caribbean: At World's End, Shrek the Third, and The Dark Knight Rises) posted lower total grosses, each one posted a stronger opening weekend* than its predecessor.

That's exactly what we expect from Catching Fire.

Other key factors pushing toward a higher debut: Jennifer Lawrence's increasing popularity in the wake of her Best Actress Oscar win, the underserved (and often underestimated) female audience, and the employment of native IMAX-shot footage--successfully used to further elevate excitement for Christopher Nolan's Dark Knight sequels and Mission: Impossible - Ghost Protocol, among others.

As we like to note, box office trajectories can change even in the final weeks before a film's release. The final stage of the marketing campaign is gearing up, and buzz is only increasing. We'll update our Catching Fire forecast with additional analysis in the weeks ahead. With that said, there's no questioning that Catching Fire is poised to deliver another stellar debut for a budding franchise that'll be a hot topic for the next three Novembers.