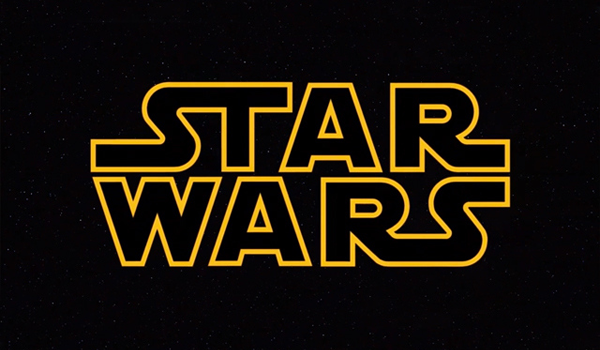 Henceforth, let 2015 simply be known as The Year of Disney (if it wasn't already).

373 days since last year's blockbuster announcement that the Mouse House would move forward on a new Star Wars movie as part of their $4 billion acquisition of Lucasfilm, we now know *when* the world will see it: Friday, December 18, 2015.

The writing was pretty much on the wall when Disney CEO Bob Iger reaffirmed the film wouldn't be pushed to 2016, despite Lucasfilm President Kathleen Kennedy's request to do so in the wake of Abrams and The Empire Strikes Back scribe Lawrence Kasdan taking over writing duties from Michael Arndt (Toy Story 3, Little Miss Sunshine). We knew then that any chance of a Summer 2015 opening was officially gone.

When looking at how crowded that year is, and considering the potential of a leggy run through early 2016, that's a very good thing.

Episode VII will mark the first movie in the franchise to open in a month other than May. It does, however, hold up the series' tradition of opening one week before a major holiday. Whereas George Lucas debuted his six films prior to Memorial Day, the next era of Star Wars has staked its claim for the highly lucrative Christmas moviegoing season.

While fan debate can now shift focus to casting rumors before filming begins in early 2014, what can we start expecting in terms of Episode VII's box office potential?

Let's address the elephant in the room: a potential opening weekend record has to be considered. Historically, though, December isn't known for delivering all-time records. The last six opening crowns belong to summer releases, with November 2001's Harry Potter and the Sorcerer's Stone representing the only non-summer film to ever own it. Conversely, the current December record belongs to last year's The Hobbit: An Unexpected Journey and its $84.6 million--a figure which we imagine Star Wars should have little trouble surpassing (that is, if The Hobbit retains that particular trophy for two more years).

Nearing Harry Potter and the Deathly Hallows Part II's midnight record ($43.5 million) could be on the table as well. That film had the benefit of a mid-July debut when kids are out of school, but that was before the current trend of midnight Friday launches being axed in favor of 8pm Thursday openings.

Of course, Star Wars isn't Disney's only mega-tentpole in 2015. The Avengers: Age of Ultron is still set for release on May 1 that year, and you can safely bet it will be gunning for its predecessor's standing record launch of $207,438,708. They also have a reimagining of Cinderella set for March, Pixar's Inside Out in June, Marvel's Ant-Man in July, and Pixar's The Good Dinosaur in November.

Expectations will naturally reach absurdly high levels for both anticipated films, but the opening weekend title is something both Star Wars and Avengers are capable of reaching again. For the record, no studio has ever broken the all-time standard twice in one year.

Guessing at domestic and overseas grosses at this point is even more of a roll of the dice. The response to the film will factor heavily, but with that caveat in mind, it's hard to imagine Episode VII not being a strong candidate for $450-500 million or more domestically.

Could it also become the first film not directed by James Cameron to gross $1 billion overseas? Prior to The Phantom Menace's 3D re-release, no Star Wars flick had crossed that mark globally--however, no Star Wars flick has released in the modern era of 3D, IMAX saturation, and market expansion from countries like China and Russia, among others. With the might of Disney's marketing muscle behind it, a well-received movie could translate into a historic winter at the box office.

Records aside, Star Wars will continue to wreak havoc on the release schedule. Studios were avoiding the Memorial Day 2015 slot (now taken by Disney's own Tomorrowland) not just because of the Avengers sequel kicking off the month, but because most of the world presumed that's where Episode VII would land. With a December 18 bow on the books, it's only a matter of time before Universal moves their planned Warcraft film. The video game adaptation from director Duncan Jones had previously chosen the same date just over a month ago. Unless production speeds up, or wiser minds don't prevail, look for that flick to soon be delayed (again) to 2016.

Also scheduled for that December are Alvin and the Chipmunks 4 (December 11) and Kung Fu Panda 3 (December 23), both of which are likely to move as Fox (who are distributing both animated sequels) will want to avoid the crossover with Star Wars between family and kiddie audiences. December 18's Inferno and December 23's Live By Night should be relatively unaffected by today's news, serving as holiday counter-programming for older crowds.

Those possible moves could only scratch the surface of studio shuffling. For all we know, Disney itself may even ponder moving one or two of their planned 2015 movies.

Ultimately, there's plenty of time to speculate and a lot more hurdles to climb before we know what J.J. Abrams' Star Wars will look like. But after a long year of waiting, patient (and impatient) fans, alongside the entire movie industry, can finally pencil in a date on their calendars.