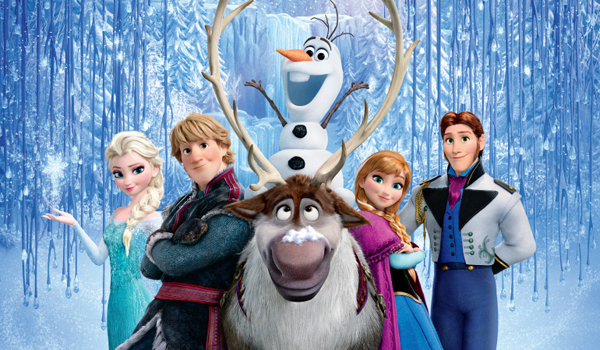 Over the past few years, Disney has had to rebuild their image in the animation genre outside of their Pixar films. Prior to recent hits like Tangled and Wreck-It Ralph, the company struggled in living up to their glory days of traditional hand-drawn animation, with only a few moderate successes in Chicken Little and Bolt.

This resurgence looks poised to continue this Thanksgiving with Frozen, a contemporary take on Hans Christian Andersen's fairy tale, The Snow Queen.

The latest Disney cartoon is exploding on Facebook right now with a total like count rapidly approaching 500K--a healthy sum for an animated flick that's not part of an established franchise. Ralph and Tangled similarly posted strong Facebook activity in the weeks leading up to their debuts. Flixster is likewise encouraging with 97 percent of over 20,000 users anticipating the film.

On the other hand, Twitter buzz is sluggish with Frozen outside of our weekly Top 20 Tweet counts list. In its defense, the film's title makes for a difficult search string. By contrast, Ralph generated more than 5,000 tweets during the comparable period while 2010's Tangled was responsible for 1,168 tweets (when the site's user base was somewhat smaller).

Frozen is generating stronger interest from women than men, as expected, which is a key factor since women are the more underserved gender at the box office. However, opening five days after The Hunger Games: Catching Fire could hold back upfront demand for Frozen with that film also leaning heavily on female patrons. Frozen's run will be more about holiday legs throughout December than a big opening.

The other factor working against Frozen is the current genre slump. Audiences have been overfed animated movies in 2013 with its biggest hits (Despicable Me 2, Monsters University, and The Croods) opening earlier in the year. Since then, The Smurfs 2, Turbo, and Free Birds have notably underperformed. Cloudy with a Chance of Meatballs 2 has done fairly well for Sony, although, still below the levels of its 2009 predecessor despite facing no competition for the first five weeks of its release.

Frozen's overall activity is still encouraging, though. Opening ahead of Thanksgiving weekend is a clear move to capitalize on holiday crowds (see also Tangled and 2007's Enchanted), a strategy that should work given the weak competition it will face from other new openers that weekend. The film's comedic angle should also set the right tone for what families will be looking for this time of year.

Early reviews suggest a winner as far as critics are concerned, another point in Frozen's commercial favor. It remains to be seen whether the pic can build up enough buzz outside the core Disney female audience to perform at or above the levels of Tangled, Ralph, or DreamWorks' Croods (all of which finished between $187 million and $201 million domestically), but Disney's marketing machine is off to a positive start toward that goal.