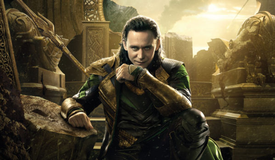 A great week for Hollywood in China finished with two new releases crossing the $20 million mark. Escape Plan opened on Monday and came into the weekend with a $13.8 million head start. The four-day gross of the Stallone/Schwarzenegger vehicle is almost twice as much as the $7.57 million Schwarzenegger's The Last Stand has grossed in its 18 days in the market. Escape Plan added another $7 million over the weekend to finish its first week in China with a $20.81 million take.

Thor: The Dark World was the top film in China after a $20.98 million opening weekend. The Thor sequel dominated the market, overshadowing fellow weekend openers Love You for Loving Me ($1.7M) and Love Speaks ($1.58M). Hotel Transylvania improved to $9.3 million after its first full week in release, finishing the week in third place with a $3.5 million take.

Last week's top film, the Russian WWII epic Stalingrad, took a sizable hit down to fifth place with a $2.7 million take in its first full week of release. The film has grossed $11 million in China over 11 days in the market.

The Wolverine is slowing down its pace as it nears its first full month in the market. The Hugh Jackman superhero spin-off sequel ranked seventh in the weekly chart with an $820K tally that brings its Chinese cume up to $40.57 million.