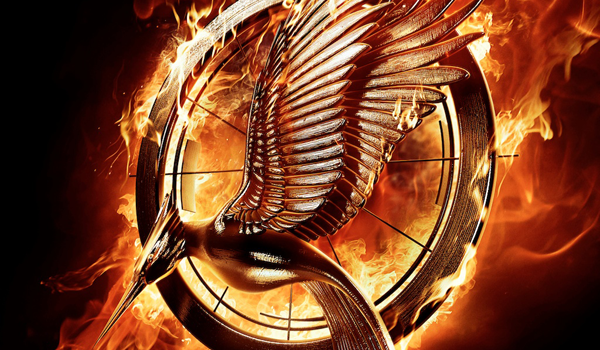 As was the case with Thor: The Dark World two weeks ago, it was a bit of a roller coaster ride for The Hunger Games: Catching Fire throughout the weekend. The film debuted with a healthy $25.25 million from late night shows that began at 8 p.m. on Thursday, but didn't have the greatest hold throughout Friday as it grossed $70.90 million as a whole on its opening day. In turn, the film held up extremely well on Saturday to gross $52.98 million and is estimated to decline 30 percent on Sunday to take in $37.25 million. That gives The Hunger Games: Catching Fire an estimated opening weekend to Friday ratio of 2.27 to 1, which is on par with the 2.27 to 1 ratio generated by The Hunger Games. Perhaps relatively weaker non-midnight Friday grosses and stronger Saturday grosses will be a continuing trend for blockbuster level films to keep an eye on in the near future.

In addition to the strong Saturday hold, another good early sign for The Hunger Games: Catching Fire is the A rating it received on CinemaScore. And with this year's Thanksgiving weekend releases appearing relatively weaker than usual (with the obvious exception being Disney's Frozen), the limited competition could lead to an extra boost for Catching Fire over the five-day holiday frame that begins on Wednesday.

The Hunger Games: Catching Fire grossed an estimated $12.6 million from 347 IMAX locations this weekend. That represented 7.8 percent of the film's overall opening weekend gross. The audience breakdown for Catching Fire skewed towards female moviegoers (59 percent) and was evenly split between moviegoers under 25 and over 25.

After leading the box office for the past two weekends, Disney's Thor: The Dark World slid to a distant second place with an estimated $14.12 million. The blockbuster Marvel superhero sequel fell a sharp 61 percent from last weekend, as it clearly took a significant hit from the debut of Catching Fire. Even with significant declines each of the past two weekends, Thor: The Dark World has still grossed a healthy $167.84 million in 17 days. That is 15.5 percent stronger than the $145.36 million 17-day take of 2011's Thor (which fell 55 percent in its third weekend to gross $15.46 million). Thor: The Dark World will likely experience temporary stabilization over the upcoming Thanksgiving holiday frame.

Coming as no surprise, Delivery Man was off to a tough start this weekend with an estimated fourth place take of $8.22 million. The Vince Vaughn comedy vehicle from Disney and DreamWorks debuted a bit below its already modest pre-release expectations. Opening against Catching Fire and Vaughn's dwindling drawing power at the box office in recent years proved to be a poor combination this weekend. Delivery Man debuted 35.5 percent below the $12.75 million start of last year's The Watch and represents the first time a wide release with Vaughn in a starring role has debuted below the $10 million mark.

Delivery Man grossed $2.76 million on Friday, increased 23 percent on Saturday to take in $3.40 million and is estimated to fall 40 percent on Sunday to gross $2.05 million. That places the film's estimated opening weekend to Friday ratio at 2.98 to 1. Delivery Man received a respectable B+ rating on CinemaScore. The audience breakdown for the film skewed heavily towards moviegoers 26 and older (78 percent) and was evenly split between genders.

Saturday Update: Lionsgate reports this morning that The Hunger Games: Catching Fire officially hauled in a strong $70.5 million for its opening day, including $25.5 million earned from Thursday 8pm and later shows. Based on Friday's results, BoxOffice projects the opening weekend will land around $152 million, just under the first film's $152.5 million debut and topping the existing November opening weekend record of $142.8 million (held by The Twilight Saga: New Moon).

Although it didn't reach the most optimistic of expectations, the figure represents a very healthy performance in a more competitive marketplace than the original Hunger Games had to contend with in March 2012. That film banked $67.3 million in its first day with $19.74 million coming from midnight shows. Last year's Twilight finale, Breaking Dawn Part 2, tallied $71.2 million (including $30.4 million from more comparable 10pm Thursday showings).

Early word of mouth appears strong with Catching Fire's Flixster score still sitting at an impressive 94 percent, indicating fans are thrilled with the first sequel. The film's CinemaScore registered an "A".

Disney/DreamWorks' strategy of counter-programming with Delivery Man failed to connect, as expected. The Vince Vaughn comedy managed $2.76 million on Friday, putting it on course for an $8.2 million debut weekend. Although Vaughn still boasts a wide fan base, he's run into string of box office misses lately (The Internship, The Watch, The Dilemma) -- most of which have opened against big blockbusters. Early audience reactions are fairly negative with the comedy-drama's Flixster score at 61 percent (and dropping)

Friday Update: Lionsgate reports that The Hunger Games: Catching Fire took in a massive $25.25 million from Thursday evening shows. The opening marks a 28% increase over the Thursday haul of The Hunger Games in March 2012.

Catching Fire has shattered the $15.6 million that Iron Man 3 managed from Thursday shows--a record for 2013 up until now--on its way to a $174 million debut weekend this past May. It's clear that many fans weren't willing to wait until the weekend to catch the latest adventures of Katniss Everdeen.

Fandango reports that Catching Fire accounts for 92% of all weekend sales. The Lionsgate release passed Iron Man 3 to become the top advance seller of the year on the ticketing site.

LOS ANGELES - November 21, 2013 - "The Hunger Games: Catching Fire" has sparked a fan frenzy on Fandango, the nation's leading moviegoer destination, with the film representing 85% of daily ticket sales and scoring a perfect 100 out of 100 points on the company's Fanticipation buzz indicator. The adaptation of Suzanne Collins' novel has been a top-seller on Fandango ever since advance tickets went on sale on October 1, and it is currently outpacing "Iron Man 3" and all other 2013 releases to become the top advance ticket-seller of the year.

"There is a frenzy of excitement for Catching Fire tickets," said Dave Karger, Fandango Chief Correspondent. "Based on the advance ticket sales and anticipation levels we're seeing, there is little question that Catching Fire will be enormous."

In a must-see episode of Fandango's movie recommendation show, "Weekend Ticket," Karger sits down with Jennifer Lawrence and Josh Hutcherson to discuss what fans are going to like most about the much-anticipated sequel. In true game show-like fashion, the two co-stars participate in a lively Karger-helmed "Newly-Friend Game," answering personal questions about each other's habits. Check out who wins at http://www.fandango.com/WeekendTicket.

Fans of "The Hunger Games: Catching Fire" can also purchase movie-themed Fandango gift cards that are redeemable on Fandango.com or Fandango's mobile app for tickets at 22,000 screens nationwide including Regal, AMC, Cinemark and Carmike. The gift cards can be emailed instantly or mailed within a greeting card.