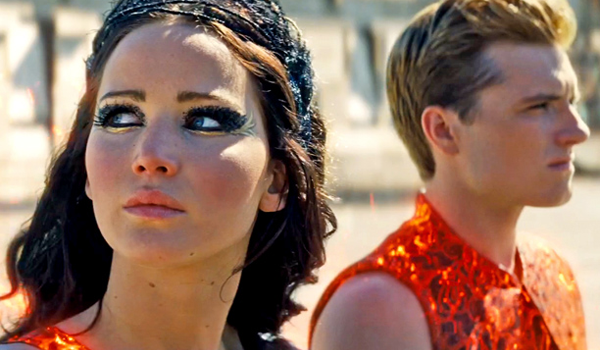 Lionsgate, the freshly minted seventh major studio whose movies had never posted a domestic opening weekend of more than $41 million until last year, just established one of the best debuts ever with The Hunger Games: Catching Fire's $158.1 million bow.

Yet, many seem to be under the impression that number is disappointing.

Sure, if someone's portfolio fell victim to Lionsgate's 10 percent slide in shares yesterday, they may be justifiably disappointed by that fact. Don't blame it on the movie, the studio, or audiences though. Blame it on the fanboy mentality which dictates bigger isn't good enough anymore; a mentality that essentially requires even the most optimistic of expectations to be exceeded, and if they're not, perception dooms healthy performances into classifications such as "non-eventful" and "let down". Unfortunately, as we saw on Wall Street yesterday, that mentality affects the real world, too.

Worst of all, indulging in said thought process precedes avoiding the responsibility of being able to step back and say, "the movie's doing great business, the signs were just misread." Flawed thinking has skewed perceptions of the box office in recent years, inaccurately portraying major financial successes as disappointments, and moderate disappointments as outright flops.

Not every highly anticipated sequel is going to shatter box office records like Marvel's The Avengers or The Dark Knight. And that's okay! What, then, should be the measure of a satisfying performance? Profitability is a good place to start, as are the long-run domestic and global grosses of a film (all measures by which Catching Fire is an undeniable winner).

How about also including the fact that Catching Fire retained the entire upfront audience of its somewhat front-loaded predecessor? That alone is impressive, especially when considering the sequel is facing a more competitive marketplace.

Or, let's focus on the point of Catching Fire now representing the highest opener in history to be anchored by a female leading character--obviously, taking over the first film's claim to that honor. That's encouraging news in an industry still figuring out how to get away from its male dominance.

Internationally, the film is already posting a massive improvement over the first (whose overseas earnings were muted due to pre-brand growth). Catching Fire generated $307.7 million in its worldwide opening, about 45 percent stronger than the first film's debut.

Still not convinced? The biggest variable overlooked by tracking in the days and weeks leading up to Catching Fire's debut was that it doesn't have the aid of 3D surcharges like Iron Man 3 did when it opened to a massive $174.1 million (16 percent less than Avengers) earlier this year and was considered the opposite of "disappointing"--rightly so. That gross represents the same approximate number (with some margin for error) of actual tickets sold for Catching Fire. All things being equal, would Iron Man 3 have been considered "disappointing" had it not played in 3D and opened between $150-160 million?

Perspective has been sacrificed, perhaps, for collective ego. It's one thing to turn box office runs into standardized competitions that offer up arbitrary bragging rights across movie fandoms--and between studios, perhaps. To some, that's part of the fun of movie communities such as the BoxOffice Forums. Still, it shouldn't come at the cost of objectivity. Like with anything in life, some expectations (even well-argued ones) prove wrong, and that includes holding a 2D movie to the same standards of a 3D movie (something BoxOffice cautioned against long before Catching Fire's release).

If a movie "fails" to reach high-end expectations at the box office while still boasting impressive performance metrics (as Catching Fire does) that other movies under similar circumstances don't attain, that simply means the analysis was off somewhere. Even the most reliable forms of tracking can be fallible in the ever-evolving science of box office, making the human element that much more important.

Let's make Catching Fire's opening a teachable moment. Let's remember when something like The Avengers: Age of Ultron or Star Wars: Episode VII "fails" to hit a $250 million opening weekend in 2015, it won't mean the movie disappointed. It will simply lend perspective to differentiate optimism from realism.

What do you think about Catching Fire's debut, readers? Sound off on the BoxOffice Forums!