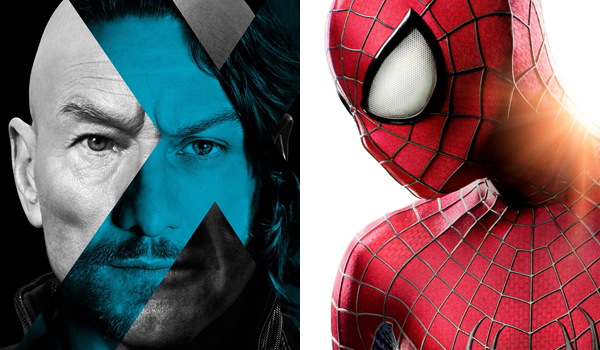 BoxOffice's 2014 preview continues with a sneak peak at the second quarter (April, May, and June).

Marvel is stepping outside of their usual summer/holiday release periods in an effort to position this Captain America sequel for bigger domestic and foreign success. Fans have responded well to Winter Soldier's first trailer and, with a well-received film, we're confident this pic will follow in the footsteps of Thor: The Dark World by posting gains domestically and abroad with the "Avengers bump" still in full swing. Getting a jump on the summer season will help the film's chances at a run toward $500 million (or more) globally.

Director Marc Webb returns to the rebooted franchise for this sequel that promises to delve into Spider-Man's rogue gallery of villains on an unprecedented level. Fans are mixed over what this might mean for the future of the series, but the general perception is that this approach feels a bit fresher than 2012's retelling of the character's origins. Ultimately, word of mouth will determine whether this sequel can build on its predecessor's $262 million domestic haul, but foreign business is poised to continue growing past the $500 million mark. A Chinese release alone could bring in north of $50 million.

Early skepticism around the brand's domestic appeal aside, this remake's first trailer has generated noticeable buzz since its release in early December. Enough time has passed since the toxic reception of 1998's semi-blockbuster for modern audiences to go in with renewed curiosity. The dramatic feel and ensemble cast of stars on the rise (Aaron-Taylor Johnson, Elizabeth Olsen) and respected veterans (Ken Watanabe, David Strathairn, Bryan Cranston) should help broaden the audience base beyond that of Pacific Rim. Look for strong international business, especially from Asian strongholds such as Japan, China, and Russia.

As the first superhero flick to center around time travel, we expect this X-Men entry to reinvigorate the series by offering audiences a fresh concept. X-Men's biggest draw (Hugh Jackman's Wolverine) leads the story, while the returning Ian McKellen, Patrick Stewart, and First Class' Jennifer Lawrence aim to bring in moviegoers who sat out for the recent spin-offs. 2006's The Last Stand remains the series' top earner with $234 million domestic and $225 million overseas. With the addition of 3D surcharges and expanded markets in Russia, Brazil, and China, Days of Future Past is expected to set new revenue benchmarks for the franchise.

Four years after the phenomenal word of mouth of the first film, How to Train Your Dragon 2 will represent the summer's first and only animated release with blockbuster aspirations--a successful strategy for DreamWorks Animation in past years with the Shrek series and 2012's Madagascar 3. The first Dragon boasted an incredibly leggy domestic run and has since become DreamWorks' strongest brand. Adults (critics included) adored the original 2010 entry, goodwill that should carry over to this sequel. Another beloved film would position this to become one of 2014's biggest hits.

Tags: How to Train Your Dragon 2, Neighbors, 22 Jump Street, X-Men: Days of Future Past, Godzilla, The Amazing Spider-Man 2, Captain America: The Winter Soldier