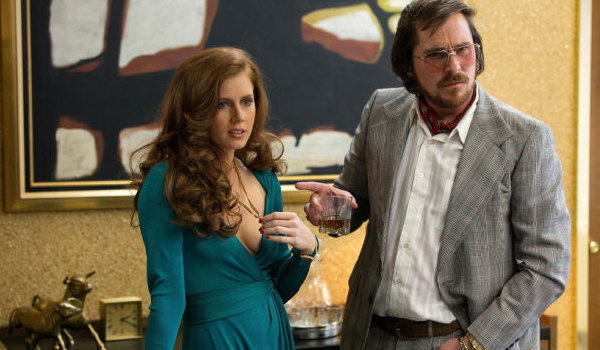 With seven Golden Globe nominations, American Hustle tied 12 Years A Slave for the most film nods. The timing couldn't be better.

While 12 Years A Slave is already well into its run--the slavery drama has tallied a respectable $35 million since opening in October--American Hustle is not in theaters yet. Hustle opens in select locations this Friday before rolling out nationwide on December 20. The rush of media coverage that comes from snagging major Globe nominations will help American Hustle immensely during what's shaping up to be a crowded few weeks at the box office. Hustle faces the unenviable task of competing against the likes of The Hobbit: The Desolation of Smaug, Tyler Perry's A Madea Christmas and Anchorman 2: The Legend Continues.

The folks at Sony, Hustle's distributor, are no strangers to capitalizing on awards season recognition. Earlier this year, the studio wisely held off on a wide release for Zero Dark Thirty until after the Oscar nominations were announced. Zero Dark Thirty snagged five nods--including a coveted spot in the Best Picture race--on its way to healthy $95.7 million haul in North America.

Hustle director David O. Russell watched his two previous films--The Fighter and Silver Linings Playbook--benefit financially from awards season heat. Case in point: Silver Linings Playbook had $14.6 million in the bank domestically before the Globe nominations were announced, and it finished its run with $132.1 million.

BoxOffice currently projects a $17 million weekend haul for Hustle when it expands on December 20 and a $95 million domestic cume. Stay tuned.