NORTH AMERICA: 2013 Is A Record-Breaking Year 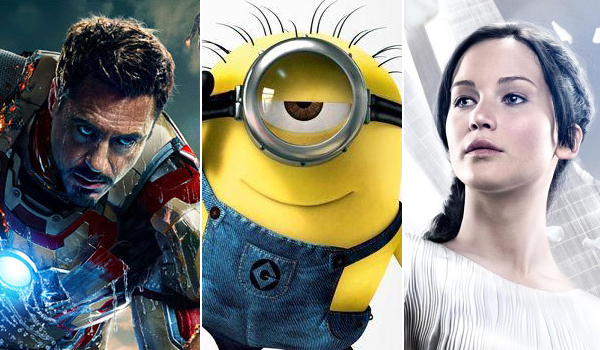 This accomplishment will come as a surprise to many who were quick to look at the year's many duds as a sign of a weak marketplace. Luckily, numbers don't lie. Moviegoers may have rejected the likes of The Lone Ranger, R.I.P.D. and After Earth but they lined up in droves for many others. The overall strength of December 2013's slate--combined with strong holdovers from November such as The Hunger Games: Catching Fire and Frozen--helped maintain a year/year lead was established a very strong summer season.

Check back in the days to come for updated official totals.

Friday, 12/15 Update Update: 2013's total is up to $10.27 billion through Wednesday, December 18. The total through Thursday will be available later this evening.

Sunday, 12/15 Update: With a little over two weeks left before 2013 comes to a close, BoxOffice officially projects that the overall domestic box office will surpass 2012's record-setting haul of $10.8 billion.

Weekend numbers are still being tallied, but 2013's receipts are currently ahead of 2012 by approximately 1% at the same point in the year. 2013 should have no problem maintaining that lead.

The remainder of 2013 looks incredibly promising thanks to the likes of Anchorman 2: The Legend Continues, The Wolf of Wall Street, The Secret Life of Walter Mitty and Walking with Dinosaurs and expansions next weekend for American Hustle and Saving Mr. Banks--two Oscar contenders with plenty of commercial potential. Holdovers will also contribute considerably. The Hunger Games: Catching Fire and Frozen both have plenty of life left, and The Hobbit: The Desolation of Smaug should hold up well even though it failed to match the debut of 2012's The Hobbit: An Unexpected Journey.

Check back frequently for updates.

Tags: The Hunger Games: Catching Fire, Frozen, The Hobbit: The Desolation of Smaug, Anchorman 2: The Legend Continues, The Wolf of Wall Street, The Secret Life of Walter Mitty, Walking with Dinosaurs