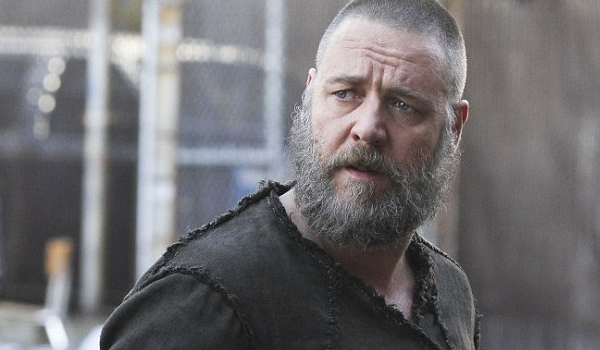 BoxOffice begins our 2014 preview by taking a look at the strongest films of the first quarter.

2014 is full of films aimed at religious crowds, and this biblical tale looks like a slam dunk despite troubling reports that Paramount and director Darren Aronofsky are clashing over the final cut. (For what it's worth, Aronofsky denies the reports.) Star Russell Crowe may have his share of duds, but we're confident that fond memories of Gladiator will lead to a lot of mainstream trust for another epic. Overseas grosses should be very healthy--especially in highly religious countries such as Brazil and Spain.

Lionsgate is raking it in right now thanks to The Hunger Games franchise, but they are wisely setting up Divergent to become another cash cow. Book sales for Divergent are even stronger than The Hunger Games--a promising sign. The main concern here is that people who haven't read the books may see Divergent as Hunger Games rip-off. Even if that happens, there are enough fans to ensure steady grosses. Look for Divergent to post healthy numbers in the key overseas territories--Germany, UK, China, Russia, France--that Catching Fire is currently succeeding in.

Warner Bros. steps back into the world of animation with this tongue-in-cheek flick. Families will flock to it and twentysomethings will show up as well in order to get a rush of nostalgia. We're very encouraged by strong activity on Twitter and Facebook--a clear sign that the film's trailers are working. As far as overseas returns go, we're bullish now that the desire for Hollywood's animated efforts abroad is in a Golden Age. (See the Ice Age franchise, the Cars franchise, the Despicable Me franchise, etc.)

Sony's decision to move this George Clooney-directed WWII flick out of the crowded holiday season and into February 2014 should pay off well. The impressive ensemble cast led by Clooney, Matt Damon and Cate Blanchett will make this a must-see for adult crowds. We expect to see an opening north of $20 million followed by strong staying power. Overseas returns should be steady thanks to the respect that Clooney and Damon command in crucial territories such as the UK and France.

With March 2012's The Croods, Fox proved capable of nurturing DreamWorks Animation projects by helping the family-friendly flick earn a whopping $589.8 million worldwide. We don't think Mr. Peabody and Sherman will be nearly as successful, but if it can hit half of what The Croods did--an easy goal--then it will be one of the most successful films of the first quarter. Lately, Hollywood's animated efforts have been spotty at home--see Planes, The Smurfs 2 and Turbo--but strong overseas. We wouldn't be surprised if Mr. Peabody and Sherman is another example of an animated flick with an overseas total that far outweighs its domestic take. Expect strong grosses in the UK and Germany.