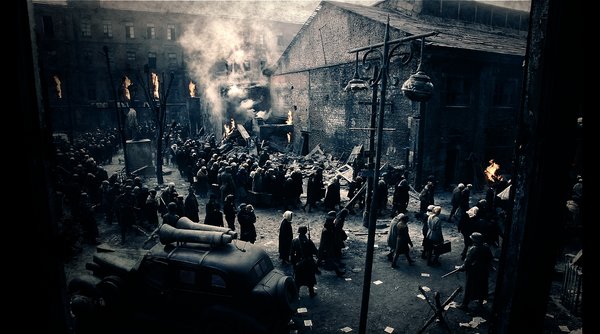 Russia had two domestic films breakthrough in 2013, a pivotal year in which it further solidified itself as one of the hottest overseas markets in the industry. Stalingrad, a World-War II historical epic distributed in IMAX and 3D, became the highest-grossing domestic film of all time in Russia. The film benefited from a 3D boom in the country, with growing demand for the format driving international investment to add more screens with the latest technology. The country's second home-grown hit, Legend No. 17, a Soviet-set hockey biopic about hockey legend Valeri Kharlamov, also posted an impressive run domestically. The sports flick skated to a successful $29.1 million gross after an April premiere.

October was a big month for 3D with the releases of Gravity and Stalingrad only a week apart. Gravity opened in first place with a $7.5 million bow on October 3. The momentum for Alfonso Cuarón's sci-fi film was stalled a week later with Stalingrad's whopping $16.2 million premiere - pitting two 3D sci-fi epics against each other for the rest of the month. Russian audiences favored the domestic film and the historical drama went on a record-breaking hot streak that reignited the blockbuster potential of Russian cinema. Stalingrad has grossed a total of $51.8 million, well ahead of Iron Man 3's $44.1 million blockbuster run. Gravity was able to hold its own with a $21.2 million take, passing Pacific Rim's $20.6 million to become the year's biggest sci-fi release in Russia.

The Russian box office proved to be eclectic in 2013, showcasing a number of hits across several different genres. Animated fare like Despicable Me 2 ($35.1M), The Croods ($28M), and Monsters University ($20.6M) all thrived in the market.

Hollywood comedies tend to struggle in non-English speaking markets, but Russia proved to be an exception in 2013 with hits like The Hangover Part III ($17.3M) and We're the Millers ($18M).

Sci-fi also proved popular beyond the aforementioned hits Gravity and Pacific Rim; Oblivion ($19.1M), Elysium ($15.8M), and After Earth ($17M) all enjoyed a bountiful haul from the market.