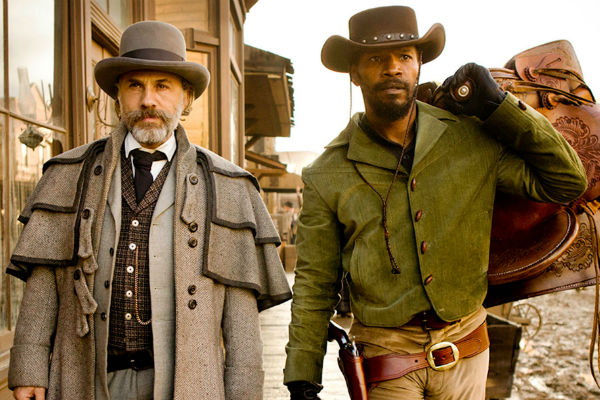 Christoph Waltz has deep links to both Austria and Germany, and both countries didn’t disappoint when it came to the actor’s box office performance in 2013. Django Unchained was the top film in Austria thanks to a $6.6 million gross, a considerable sum for the moderately-sized market. It was Germany, however, where Quentin Tarantino’s latest film really excelled. Django Unchained grossed $51.6 million in the country after its January 17 premiere, making it the year’s top grosser by a considerable margin and the most important overseas market in the film’s release. Germany represents roughly around 20% of Django Unchained’s $262.5 million overseas total.

Django Unchained's blockbuster run might be deprived of the eyar's top spot at the German box office, however, due to the unexpected success of German comedy Fuck You, Goethe. The German film has already earned $50 million since its November debut. The comedy has posted spectacular holds in its home country, grossing over $2 million in each of its seven weekends in release. A push from the Holiday season has the potential of making Fuck You, Goethe the highest grossing film of the year in Germany.

Animated sequels had a good year in Germany. Despicable Me 2 took third place in the country’s annual top ten list with a $38 million outing, outgrossing the $27.7 million of the original. The Smurfs 2 wasn’t able to replicate its predecessor’s success, however, finishing its run as one of the biggest films of the year with $22.9 million – a figure that nevertheless falls short of the original’s $29.3 million.

Comedies Kokowääh 2 and Schlussmacher were among the best performing German films of the year. The Kokowääh sequel performed well below the original’s $41.5 million run in 2011 by bringing in $26.4 million in its theatrical run. Schlussmacher posted a $23.8 million take in its home country. The biggest comedy of the year, however, came from Hollywood. The Hangover Part III charmed German audiences and walked away from the market with a $31 million gross; a positive result that still fell below the expectations set by The Hangover Part II’s $42.6 million take from 2011. The Hangover Part III finished the year as the fifth highest grossing release of 2013 in Germany.