CHINA: Jackie Chan Back on Top 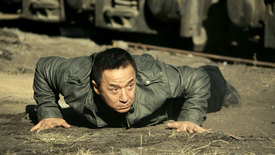 Jackie Chan is atop the Chinese box office once again after Police Story 2013 led the last week of the year with a $45.17 million take after six days in release. The Police Story series has a fair amount of pre-awareness built in for Chinese audiences; the first film in the franchise was released in 1985 and has spawned six additional installments including this week’s release.

The strong debut for the Jackie Chan film relegated Personal Tailor to second place in its first hold-over week in China. Personal Tailor still managed to gross a strong $35.24 million in its second week to bring its running total to $87.75 million. Hong Kong action thriller Firestorm slowed down in its third week with a $5.37 million tally, taking its cume in China to $49.07 million.

Olympus Has Fallen couldn’t rise up to the occasion with a lethargic $1.25 million opening day to place fourth on the chart. 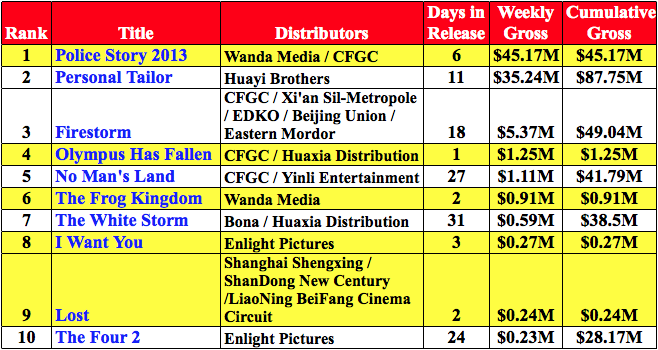