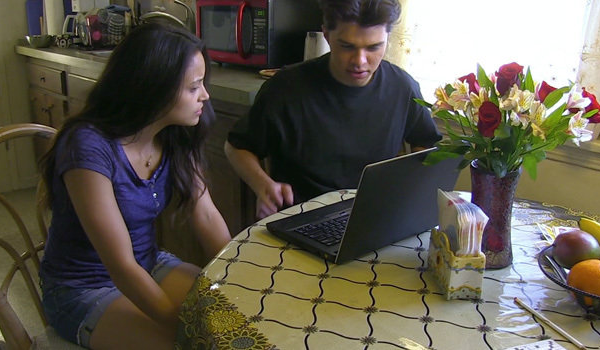 Sunday Update: In its sixth weekend of wide release, Disney's Frozen returned to the top of the box office this weekend with an estimated $20.72 million. This weekend marked the second time that Frozen has led the weekend box office (the other frame being the film's second weekend of wide release over Dec. 6 - Dec. 8). Frozen was down just 28 percent from last weekend. Without adjusting for ticket price inflation, Frozen claimed the third largest sixth weekend performance ever for a film in wide release (behind only Avatar and Titanic). Frozen has grossed a massive $297.84 million to date, placing the film on the brink of reaching the $300 million domestic milestone. When Frozen reaches the milestone, it will become the fourth release of 2013 to do so (joining Iron Man 3, The Hunger Games: Catching Fire and Despicable Me 2.)

Paranormal Activity: The Marked Ones opened with $8.74 million on Friday (which included an estimated $1.2 million from late night Thursday shows), fell 25 percent on Saturday to take in $6.52 million and is estimated to fall 55 percent on Sunday to gross $2.94 million. That gives the film an estimated opening weekend to Friday ratio of 2.08 to 1. That represents less initial front-loading than Paranormal Activity 4 experienced, which had a ratio of 1.92 to 1. With that said, Paranormal Activity: The Marked Ones is still extremely likely to be very front-loaded going forward. The film's soft C- rating on CinemaScore and upcoming direct competition from Fox's Devil's Due won't help long-term prospects for The Marked Ones either.

After leading the box office for each of the past three weekends, Warner's The Hobbit: The Desolation of Smaug was down two spots to place in third this weekend with an estimated $16.25 million. The three Lord of the Rings films and last year's The Hobbit: An Unexpected Journey all experienced declines of at least 40 percent the weekend after New Year's Day and that trend continued with The Desolation of Smaug, as it fell 44 percent this weekend. The Desolation of Smaug has grossed a very solid $229.63 million through 24-days of release. That places the film 13 percent behind the $263.83 million 24-day take of An Unexpected Journey (which fell 45 percent in its third weekend to gross $17.55 million).

In other box office news, Paramount's Anchorman 2: The Legend Continues surpassed the $100 million domestic mark this weekend after placing in sixth with an estimated $11.1 million. While the long-awaited comedy sequel starring Will Ferrell hasn't quite been the holiday season break-out many thought it could be, the film has still grossed a solid $109.18 million through 19 days of release. That places Anchorman 2 12 percent behind the $123.69 million 19-day take of 2010's Little Fockers.

Saturday Update: Paramount reports that Paranormal Activity: The Marked Ones drew an estimated $8.74 million opening day yesterday. That figure includes Thursday night's $1.2 million jump start on the weekend. Based on these figures, BoxOffice projects the horror franchise spin-off will take in $17.5 million for its opening weekend. By comparison, The Marked Ones posted 42 percent less opening day business than 2012's Paranormal Activity 4 ($15.11 million toward a $29 million opening frame).

Paramount's strategy of appealing to Latino crowds only partly paid off this weekend. Chalk it up to several factors, including the crowded holiday holdover slate, declining interest in the over-exposed franchise, and a glut of horror flicks over the past year. The good news for Paramount is that the low $5 million production budget for The Marked Ones means the film will easily be profitable after domestic and overseas earnings are accounted for. Still, the film's early word of mouth appears mixed with 66 percent of Flixster users approving of or still anticipating the film (down from 80 percent entering Friday). Critical response has been fairly poor with a 45 percent Rotten Tomatoes score.

Unfortunately for Paramount, The Marked Ones will not claim the top spot this weekend and will instead be in a close race with The Hobbit: The Desolation of Smaug for second place, the latter having grossed $5.12 million on Friday. Peter Jackson's Middle-earth prequel-sequel has amassed $218.5 million domestically so far and will relinquish the top spot after three weeks with a projected $17 million weekend.

Disney's Frozen, which earned another $6.75 million in second place on Friday, will recapture first place with a projected $22.5 million in its sixth weekend of wide release--representing the third best ever (behind Avatar's $34.9 million and Titanic's $25.2 million). The animated phenom is on pace to surpass Disney/Pixar's Up ($293 million domestic) as the highest grossing non-sequel animation since 2003's Finding Nemo next week.

Friday Update: Paramount reports that Paranormal Activity: The Marked Ones took in a modest $1.2 million from Thursday evening shows. That puts it behind the $2 million haul that The Devil Inside managed in January 2012. Poor weather in New York and Boston can certainly be blamed for The Marked Ones' relatively slow start. Paramount projects an opening weekend in the mid-teens.