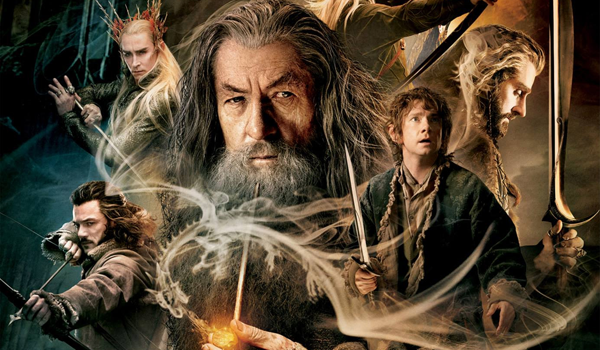 The Hobbit: The Desolation of Smaug broke through the $500 million mark overseas and continues to be the #1 film outside of North America.

The Hobbit sequel added $58 million to its coffers this weekend with over 5.6 million admissions from nearly 12,600 screens in 62 markets.

Russia saw a 52% bump in its third weekend with a $9.6 million take to bring its market total to a robust $42 million. The film retained the top spot in Germany for the fourth consecutive weekend with an $8.6 million tally, capturing 35% of the Top 5 marketshare. Germany is still the leading market for The Hobbit sequel with a $75.1 million cume.

Frozen was not far behind The Hobbit sequel. The surprise Disney hit grossed $52.5 million from 49 territories over the weekend.

A $31.5 million take from 7,024 screens in 56 markets nearly doubled the overseas total for The Secret Life of Walter Mitty. The Ben Stiller film took mid-table openings in four major markets: a $4.8 million bow in Russia, $3.4 million in South Korea, $3.3 million in Germany, and $3.2 million in France.

The Secret Life of Walter Mitty has grossed a total of $68.8 million overseas and $114.5 million worldwide.

Paranormal Activity: The Marked Ones launched in 24 territories for a $16.2 million overseas debut. The latest chapter in the found-footage style horror franchise took a $3.2 million bow from 350 screens in the United Kingdom, a $3.1 million from 250 screens in France, and $3 million from its premiere in 285 cinemas across Germany.

Paranormal Activity: The Marked Ones will be released in 14 additional territories next weekend, including Brazil and Russia. The film's North American debut brings its global opening weekend to a $34.8 million total.

Anchorman 2 took $5.4 million over the weekend, a 29% slide from the previous frame, to reach a $35 million overseas total.

The United Kingdom is still the film's top overseas market. The Anchorman sequel grossed $3 million in its third frame to reach a $20 million total in the U.K. Anchorman 2 has already earned 6 times the entire lifetime gross of the original in the market.

Australia does one better, where the sequel has outgrossed the original seven times over. Anchorman 2 took in $2.1 million in its latest frame, a 26% drop from the previous weekend, to reach a $12.5 million total.

Anchorman 2 has grossed $144.1 million worldwide after three weeks in release.

Walking with Dinosaurs added $11.3 million from 4,734 screens in 49 markets. The film opened mid-table in Australia with a $2 million bow. The United Kingdom added $1.2 million in its third weekend to raise its total in the market to $7.2 million.

Walking with Dinosaurs has earned $52.6 million overseas and $80.2 million worldwide.

Escape Plan crossed the $100 million outside of North America this weekend. The action flick has grossed a total of $100.7 million overseas and $125.7 million worldwide. The film was more successful in China than in North America, where the Stallone/Schwarzenegger collaboration grossed $39.4 million.

Thor: The Dark World reached a total of $428 million overseas and $631.5 million worldwide.